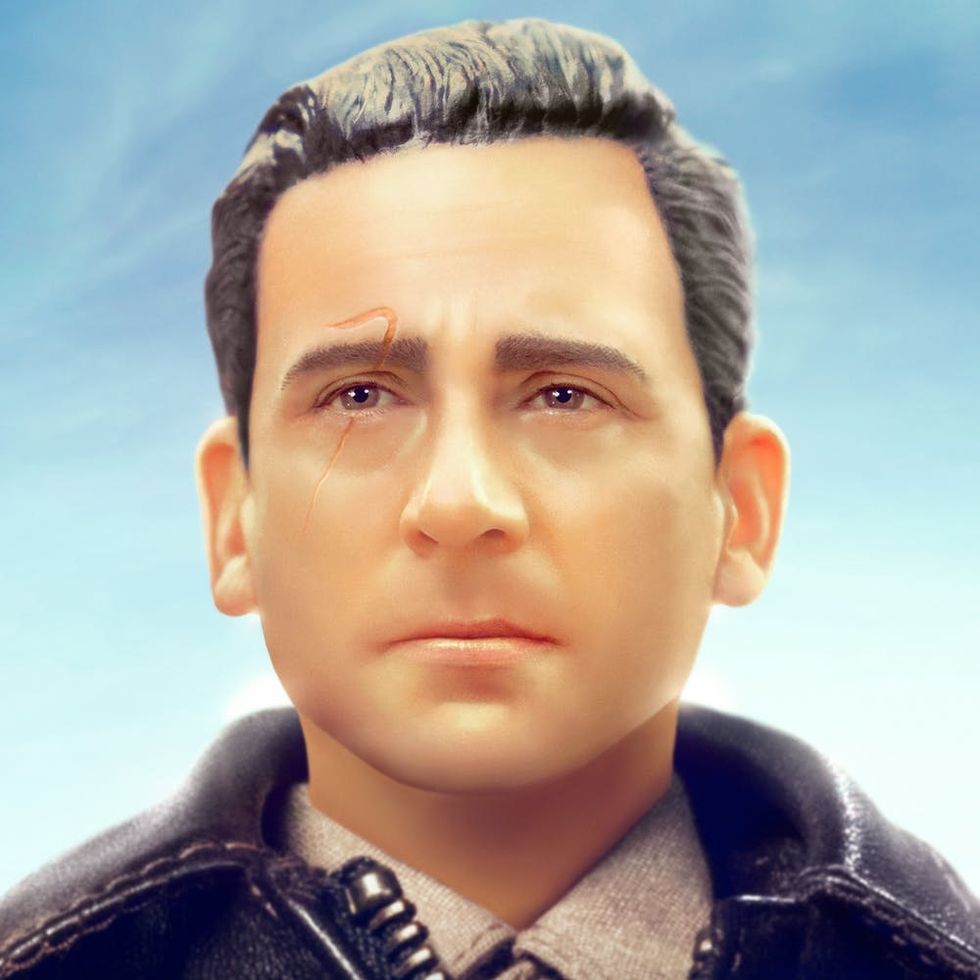 “I was a hell of a good artist. A World War II illustrator. And now I can barely write my name,” Carell says in the film, which is based on a true story and was directed by Oscar winner Robert Zemeckis. The former Office star plays Mark Hogancamp, a man whose life was shattered after he was brutally beaten by five men in a random attack.

As Mark attempts to recuperate, both physically and mentally, he finds solace in creating a tiny town called Marwen in his front yard. “They kicked every memory I ever had out of my head,” Mark explains. “Everything from before the attack is gone. So my dolls have to tell a story.”

While it’s a fictional setup, Mark uses the real women in his life — Anna (Gwendoline Christie), Julie (Janelle Monáe), Caralala (Eiza González), Roberta (Merritt Wever), and Nicol (Leslie Mann) — as inspiration for the town’s inhabitants. But they aren’t there for play. Just as each woman has helped Mark in real life, they help him in the miniature world by standing with him as he faces his attackers. “These are the women of Marwen,” Mark says. “And they protect Mark from the bad guys.”

But Mark must also face the men who beat him in real life, which he’s “not really sure how to do,” until Julie tells him, “Our pain is our rocket fuel.”

Her words inspire him to stand up in court and say, “The life I once had was taken away from me. But I’m still here.”

Will you be watching Welcome to Marwen when it comes out in theaters? Let us know @BritandCo!