‘Stranger Things’ Gets Even Stranger With the Bad Lip Reading Treatment 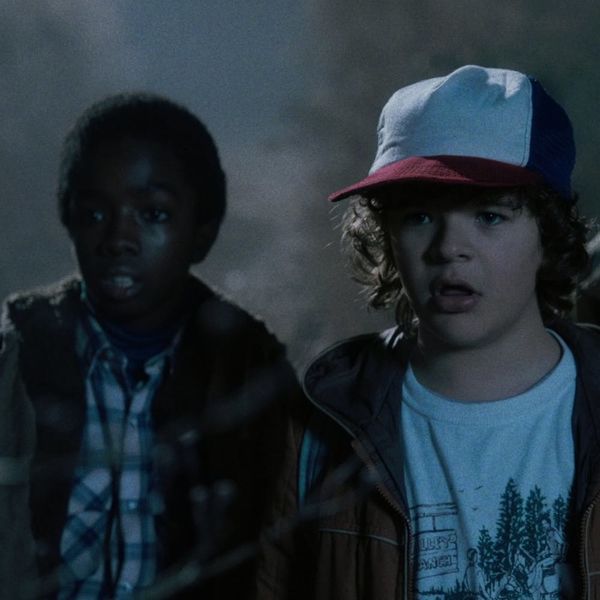 As Stranger Things star David Harbour celebrates his Golden Globe nomination for his role as Police Chief Jim Hopper, a Bad Lip Reading session taking on the show’s first season has started to make the rounds. The video covers everything from Mike’s awkward family dinner to Barb’s admiration of her BFF Nancy. There’s even a one-act play for the boys’ talent show, followed by some modern jazz, courtesy of Hopper and Joyce. Just try to make it through the entire video without laughing.

If you’ve never seen a Bad Lip Reading video before, it’s exactly what you’d expect based on the name. The folks responsible for the popular YouTube channel pull together a collection of clips from your favorite shows, movies, and even interviews with celebs. They then remove the sound and add their own voice-overs with dialogue that they come up with via, well, bad lip reading.

The magic of it all is that the people in the videos actually (kinda, mostly) look like they’re saying every utterly strange and random thing that’s scripted in the voice-over. It’s pretty fantastic.

In the Stranger Things version, we see our favorite characters in season 1, though this is certainly a different interpretation of the story than the one we saw on Netflix. There are a lot of great moments — fried owl feet? — but the Joyce and Hopper duet truly takes the cake. Sing it, friends: “It was the dog that bit me for the burger meat!”

Honestly, you need to see it for yourself.

Did this Bad Lip Reading version of Stranger Things make you giggle? Let us know @BritandCo!