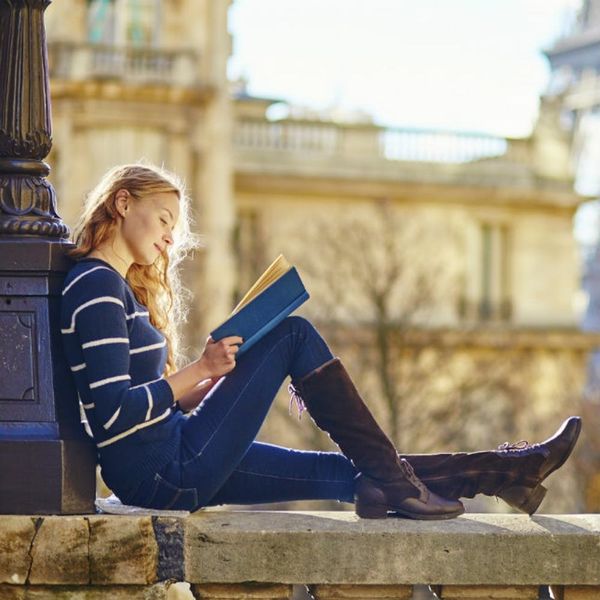 The struggle to succeed at work can feel real when you definitely aren’trocking your first week at a new job or are trying to forget a cringeworthy office moment. But while these things are a bummer, they’re nothing like the frustration that comes with trying to learn something new. It can feel impossible! Recent research by the American Psychological Association suggests that familiarizing yourself with how other people struggle might be a difference maker when it comes to achieving academic success (and — we say — your career goals too). Keep reading to learn why just knowing about Albert Einstein and Marie Curie’s failures makes a difference.

In an inspiring study, researchers divided 400 high school students from four different schools in NYC into three groups. The first group read an ordinary textbook about well-known scientists’ accomplishments only. The second group read about the scientists’ personal struggles (like Albert Einstein’s escape from Nazi Germany), and the third group read about the scientists’ intellectual struggles (like Marie Curie’s persistence after failing repeatedly). The second and third groups both became familiar with the actions each person took to overcome obstacles and move forward during tough times.

At the end of the study, researchers saw some amazing findings: The two groups of students who had read about some form of the famous scientists’ struggle noticeably improved their grades, with those who were previously low-achievers showing the greatest progress. Whoa! Even more, students who’d only read about the famous scientists’ accomplishments failed to show academic improvement and actually saw their grade slip further.

Lead researcher Xiaodong Lin-Siegler, PhD, explains the results in a beautiful way: “When kids think Einstein is a genius who is different from everyone else, then they believe they’ll never measure up. Many students don’t realize that all successes require a long journey with many failures along the way.” Makes total sense to us. We also think this concept can be applied to career success, so keep watching TED talks about overcoming obstacles and listening to your mentors tell you about challenges they’ve faced.

Not only does this research prove that the power of persistence is totally real, but it also reminds us how important it is to remember that even the most brilliant, talented, and gifted people struggle sometimes — even if it’s not super obvious from the outside. Keep this in mind as you channel your inner Marie Curie and work toward your next goal (whatever it may be) without giving up. Own your personal journey and learn from your failures, and you’ll hit your major goals too.

What inspires you to stay the course? Tweet us links to anything inspirational you’ve read @BritandCo!

Krista Gray
Krista Gray is a web producer and freelance writer who lives in San Francisco. When she's not working with clients through her company GoldSquare, she loves reading, traveling, and learning new things.
Education
Work
Education study