“Supermarket Sweep” Is Coming Back to TV, Savvy Shoppers! 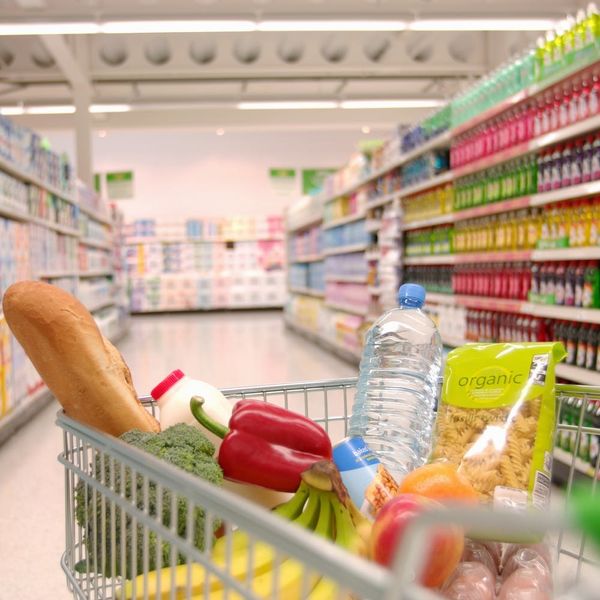 If you love nostalgia, playing games, and shopping, we have the BEST news for you! Supermarket Sweep — the game show that challenged the grocery store savviness of everyday Americans — is coming back to TV.

After originally airing from 1965 to 1967 on ABC, the show was revived by Lifetime from 1990 to 1995 and then again by PAX (now Ion Television) from 2000 to 2003. But if you missed it the first three times around (or just can’t remember the premise), here’s a refresher: Supermarket Sweep quizzed contestants on their food knowledge before sending them on a wild trivia-filled dash down the aisles of a fake grocery store in order to find specific items.

The more familiar you were with where items tended to be placed on a shelf, the quicker you could complete your task. And if a competitor wasn’t great at steering their shopping cart, WATCH OUT! Whoever had the highest total at check-out was deemed the winner. (Unlike in real life.)

“The time is ripe [is that a food pun?!] to bring back this all-time favorite game show, which has traveled with such success over the years,” Vasha Wallace, the EVP of Global Acquisitions and Development at Fremantle, said in a statement to E! News. “Now, modern technology allows us the opportunity to update the show, making it relevant for a 21st century audience.”

Wallace added, “[G]iven the interest we’ve had already, we’re confident that everyone will be as excited for its return as we are.”

Henry Howard, the son of Supermarket Sweep’s creator, Al Howard, echoed that sentiment, saying, “In Supermarket Sweep, one lucky team tries for the bonus money, but on this show, there are no losers — only shoppers having a great time. I’m delighted that Fremantle has made the exciting decision to bring back this classic game show, and I look forward to working with their talented teams around the world. In honor of Supermarket Sweep’s return… I believe I’ll go shopping!”

Who else is in the mood for a little retail therapy and budget-busting fun?

Are you excited about the return of Supermarket Sweep? Let us know @BritandCo!