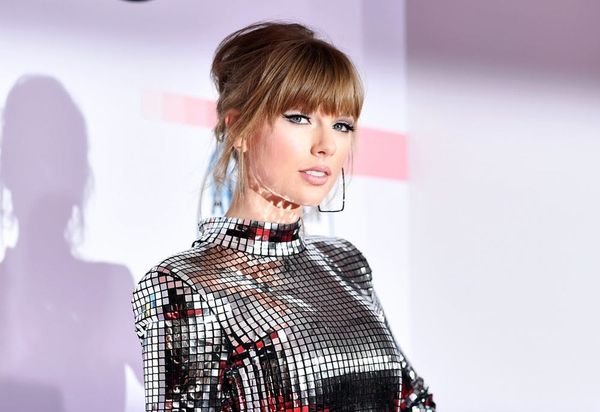 Taylor Swift’s music has been the soundtrack to many a broken heart. (Who among us hasn’t blasted Red after a breakup?) But while the singer herself often uses the details of her personal life as inspiration for her songwriting, she has her own go-to artists to get her through difficult times in her life.

“I’m convinced that ‘You Learn’ by Alanis Morissette, ‘Put Your Records On’ by Corinne Bailey Rae, and ‘Why’ by Annie Lennox have actually healed my heart after bad breakups or let downs,” she wrote in a new essay for Elle UK. “I love writing songs because I love preserving memories, like putting a picture frame around a feeling you once had. I like to use nostalgia as inspiration when I’m writing songs for the same reason I like to take photographs. I like to be able to remember the extremely good and extremely bad times.”

Although Swift has been through a number of high-profile relationships and breakups over the years, the “Delicate” singer has been happily coupled up with British actor Joe Alwyn since early 2017. Much of the lyrical content of Swift’s most recent album, 2017’s Reputation, was thought to be about the beginning of their romance, which started after the singer’s short-lived fling with Tom Hiddleston.

In her Elle UK essay, Swift touched on a few other times in her personal life where music has played an important part, from screaming along to Panic! at the Disco while driving down the streets of Tennessee with her best friend Abigail (same, TBH), to quietly recalibrating after months of touring as a teenager.

“When I hear ‘How to Save a Life’ by The Fray, ‘Breathe (2AM)’ by Anna Nalick, or ‘The Story’ by Brandi Carlile, I immediately flash back to being seventeen and on tour for months on end,” she wrote. “When I’d get a day at home in between long stretches on the road sharing a van with my band and crew, I would spend my rare nights off painting alone with candles lit in my room — just being alone with those songs. (Those are all from the Grey’s Anatomy soundtrack. My commitment to that show truly knows no bounds).”

It’s that kind of personal attachment that turns a good song into a great song. “I think these days, people are reaching out for connection and comfort in the music they listen to,” she wrote. “We like being confided in and hearing someone say, ‘this is what I went through’ as proof to us that we can get through our own struggles.”