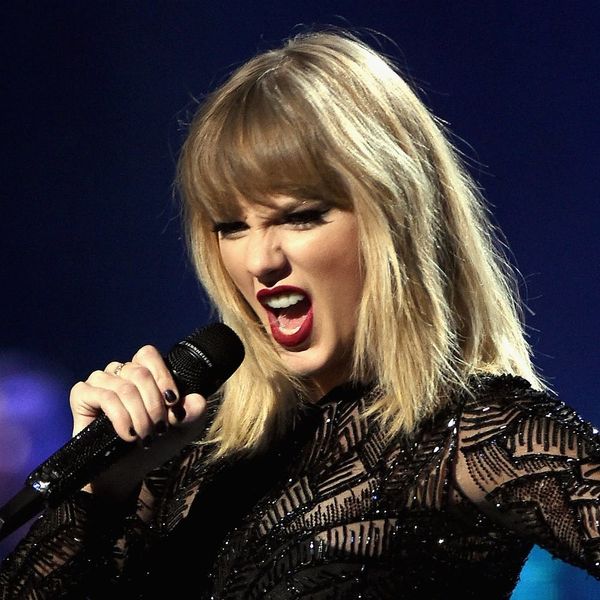 We’re all well aware of the brouhaha that was stirred up when Kanye, er, referenced Taylor Swift in his song, “Famous.” And it was just last week that Remy Ma brought Swift (along with Miley Cyrus) into her beef with Nicki Minaj. Now, the singer got a NSFW shout-out on Saturday Night Live, but you may have totally missed it.

For those who weren’t able to tune in, Father John Misty (AKA Josh Tillman) performed on SNL over the weekend, introducing a new song called “Total Entertainment Forever.” While fans were excited to get to hear a new tune, eyebrows raised over one particular lyric: “Bedding Taylor Swift every night inside the Oculus Rift…”

Whatever your thoughts on the artistic merit of the line, peeps were definitely wondering about the inspiration. Does Tillman have a crush on Swift? Is there a new relationship in town that we’re unaware of? Or is he just using Taylor Swift’s name to get noticed?

Well, his explanation is that it’s none of those reasons, and that it is in fact a warning. “Human civilizations have been entertaining themselves in disgusting ways all through human history,” Tillman told Exclaim!. “We have to consider that maybe there are ways in which we entertain ourselves now that are equally as disturbing.”

He continued, “The fact of the matter is, I don’t want that to happen to Taylor Swift. That is the worst thing I can think of; that is so horrible. But again, this plays into progress, where like, the internet was supposed to be this new democracy, a utopia of information where everyone had a voice, and we were all interconnected, and we would experience true democracy — and it turned into p*rnography, followed only by outrage.”

Um, so what exactly does that have to do with Taylor Swift? Well, Tillman feels like our celeb-lovin’ ways paired with tech will lead folks to do, er, unsavory things, such as have fictitious virtual reality-based physical relationships with a celebrity’s likeness — ya know, a celebrity like Taylor Swift. Tillman asks, “Is this really what progress looks like?” Progress? That might not be the word that immediately pops into mind.

Do you think Father John Misty has a point about Taylor Swift/celebs? Let us know @BritandCo!