Taylor Swift Looks Like a Nearly Naked Cyborg in “Ready for It?” Music Video Tease 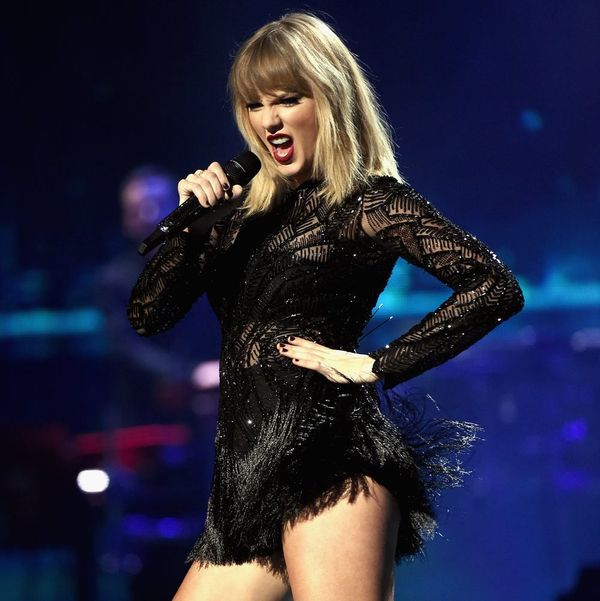 Just days after the release of Taylor Swift’s new song “Gorgeous,” the third single from her upcoming album Reputation, the singer is giving fans something else to look forward to: the debut of her “…Ready for It?” music video on Thursday.

Swift teased the visuals in three nearly identical clips posted to Instagram on Monday. “…Ready for It? Official Music Video out Thursday night. #ReadyForItMusicVideo,” she captioned the trio of posts. And yes, we are so ready for it.

From the snippets, it looks like she’s returned to her “Bad Blood” video vibe, but to the EXTREME. There are flashes of a hooded figure (presumably Swift), a glowing orb, alien-like creatures, and what looks like an epic battle. It seems more like a movie than a simple music video.

At the center of it all, of course, is Swift, who strips down to nearly nothing as a cyborg-like being. Though the 27-year-old is almost definitely not naked IRL, the bodysuit she’s wearing matches her skin tone perfectly and leaves little to the imagination. As some others have pointed out, it looks a little like Scarlett Johansson’s getup for Ghost in the Shell, with glowing lines sparking throughout.

Comments have been turned off on the posts, but there are already tons of “#ReadyForItMusicVideo” reactions on Twitter. We think it’s safe to say that Swifties are VERY ready for it.

What do you think about these clip from Taylor Swift’s new video (and the fact that she kinda looks naked)? Let us know @BritandCo!