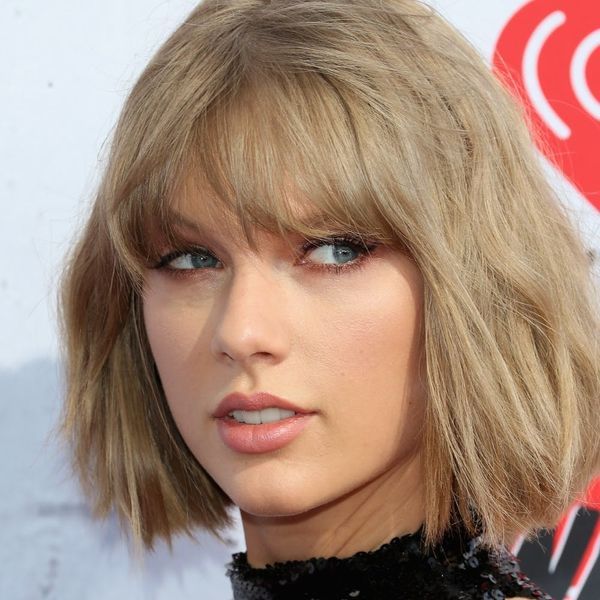 Taylor Swift may have just announced that she won’t be making any awards show appearances in the near future, but that doesn’t mean she’s not still thrilling fans almost every single day. Between wanting to be part of her #girlsquad to swooning over her relationship with adorable Calvin Harris, we love what Taylor has going on. Oh yeah! And her music, of course. Taylor Swift has just released a video for ‘New Romantics’ and we’re so totally into it.

Fans are already freaking out over the vid’s teaser posted to Tay’s Twitter account with the caption, “Featuring never before seen, behind-the-scenes and live footage from The 1989 World Tour, the ‘New Romantics’ music video is a love letter to her fans and a celebration of the 1989 era.”

The tiny teaser itself is enough to get fans excited with Taylor explaining how much the fans mean to her and how much they mean to the tour. Shots of her concerts, with fans arriving, cheering, and singing along will get you totally pumped to check out the full video which will give any fan all of the feels!

Will you be watching the ‘New Romantics’ video over and over again today? Tweet us @britandco!

Desiree O
Desirée O is a ‘Professional Bohemian’ who loves anything and everything related to the arts, entertainment, and pop culture. She ADORES being a ‘Newsy’ for Brit + Co, covering all of the latest tidbits of awesomeness that you want to read about. When she’s not writing, she’s either making messy art, going on long adventurous walks with her camera, or poking around over at bohemianizm (http://www.bohemianizm.com/). You can find out about Desirée O and her work at http://DesireeO.com/ or follow her on Twitter @DesireeO.
Music
Celebrity News
Music Posts that contain video Taylor Swift