Rachel Lindsay Cried Her Eyelashes Off and Twitter Could Relate 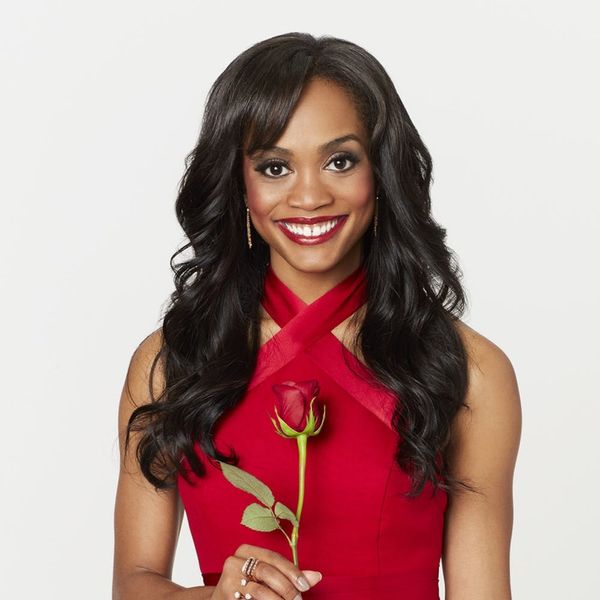 This season of The Bachelorette ended in a dramatic finale last night, when Rachel Lindsay finally revealed she’s *SPOILER* engaged to Bryan Abasolo. As we saw on Monday, the decision didn’t come easily for her — there were a lot of tears and not quite enough lash glue.

The show toggled back and forth between the pre-taped finale and present-day Lindsay watching the events unfold in the studio, and she gave us some insight into those fraught final days with the finalists.

As happy as she was to receive that pear-shaped Neil Lane ring from Abasolo, she was sad to let Peter Kraus go. So sad, in fact, that during their last conversation, she revealed she “cried her eyelashes off.” Not only that, but she didn’t take the emotional evidence with her. Kraus admitted, “I walked past your eyelashes on the floor for two days.”

Not surprisingly, fans had a lot of feelings about Lindsay’s final choice, but they also had some hilarious reactions to this eyelash story:

Aside from Peter & Bryan, Rachel Lindsay's eyelashes had a dramatic finale too. #TheBachloretteFinale #TheBachelorette

On a scale of 0 to "I walked by her eyelashes for two days," how bad was your last breakup? #TheBacheloretteFinale

"I cried my eyelashes off." The new standard for a broken heart. #TheBacheloretteFinale

Get you a man who will stare at your stale eyelashes on the floor days later thinking of you. #TheBacheloretteFinale pic.twitter.com/30El88IeqY

I can't decide if Peter saying he walked past Rachel's eyelashes on the floor for 2 days is funny or sad #BacheloretteFinale pic.twitter.com/plITtKD9QH

How does Bryan feel now knowing Rachel's eyelashes were still on Peter's floor when he proposed!!!! #TheBacheloretteFinale

Peter to Rachel: I walked passed your eyelashes on the floor for 2 days.
Me to TV: He prob tripped over them, they're so big. #Bachelorette

"I cried my eyelashes off" – Rachel is every girl who has ever ugly cried. #TheBacheloretteFinale

"I cried my eyelashes off…" I feel you on a spiritual level, Rachel

Do you agree with Rachel’s final choice? Tell us your thoughts about The Bachelorette finale @BritandCo!

Elyse Roth
Elyse Roth is a freelance writer and editor who is a midwestern transplant in NYC. She loves to explore the city, plus you can find her at a Broadway show or the ballet usually once a week. When she's not finding things to do in New York, she's thinking about where she can travel next. She's combined her love for food and TV into a blog where she makes food eaten on her favorite TV shows at tvdinnerblog.com.
Eye Makeup
Beauty News
Eye Makeup The Bachelorette twitter
More From Beauty News