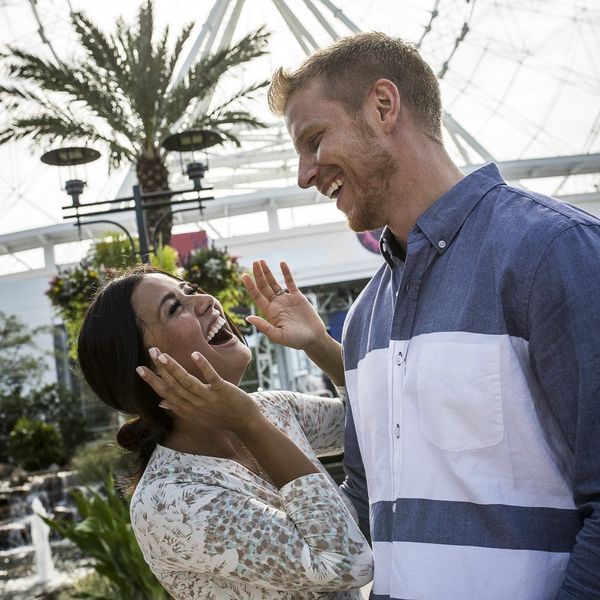 The First Impression Rose, a ritual that started with season five of The Bachelor, indicates the very first front-runner of every season, putting an immediate target on the contestant‘s back. Often, that target is quickly moved to another contestant, but six times in franchise history, the FIR has been a sign of love at first sight.

The first person in franchise history to give a First Impression Rose to an eventual winner was DeAnna Pappas in season four of The Bachelorette. She gave one of her three FIRs to Jesse Csincsak, and in return, he proposed a few months later. Sadly, this FIR-plus-engagement didn’t equal happily ever after, as their relationship only lasted a few months in the real world. Pappas is now married and has two children with Stephen Stagliano, whose twin brother Michael was on season five of The Bachelorette. Meanwhile, Csincsak found love with Ann Lueders, who appeared on season 13 of The Bachelor with Pappas’ runner-up, Jason Mesnick. Talk about a switcheroo.

Season six Bachelorette Ali Fedotowsky had a similar fate. She handed her one FIR to eventual-fiancé Roberto Martinez. Their engagement lasted 18 months, and now Fedotowsky is happily married to Kevin Manno and raising her daughter, Molly Sullivan.

The next time we saw a First Impression Rose lead to a win was season 17 of The Bachelor, when Sean Lowe handed Catherine Giudici one of his dozen FIRs. Although only 19 women received roses that first night and chances that his eventual winner was in that group of 12 were high, Lowe is the only Bachelor ever to pick his future fiancée on the first night. Plus, these two are the only FIR-to-engagement couple to actually make it to the altar (so far), so it’s significant. Lowe and Giudici married in January 2014 and are now parents of son Samuel Thomas.

First Impression Roses have also been super meaningful for the past three Bachelorettes. In season 11, Kaitlyn Bristowe selected Shawn Booth as her first and final rose recipient, and the two are still together, living in Nashville and loving life. While they haven’t planned their wedding yet, they have taken some steps toward their future, with Bristowe recently freezing her eggs.

In season 12, JoJo Fletcher gave her FIR to Jordan Rodgers, who became her last man standing — or kneeling, rather. The engaged couple now live in Dallas and recently celebrated their one-year anniversary. While they’re waiting to get married until the “timing is right,” we do know one thing about their eventual wedding: It will not be televised.

This brings us to our newest FIR-to-engaged couple, The Bachelorette season 13’s Rachel Lindsay and Bryan Abasolo. Abasolo stole Lindsay’s heart from the moment he passionately kissed her during their first meeting, and since the show wrapped, Lindsay has had a hard time not gushing about her fiancé, announcing her engagement when the season first started airing, opening up about their secret dates, and even talking about their wedding timeline.

Nick Viall (The Bachelor season 21) gave Rachel Lindsay his FIR. She obviously didn’t win his heart in the end (see above), but she did make it to the top three before becoming The Bachelorette.

Does the First Impression Rose make you believe in love at first sight? Tell us @BritandCo!

From Your Site Articles
Alissa Schulman
Alissa is a Los Angeles-based entertainment journalist who finds no shame in her bad TV tastes. When she's not hiding behind her laptop, she's ordering too much food at restaurants or running around her neighborhood.
the bachelor
TV
the bachelor The Bachelorette