The Best Houseplants for Every Room in Your Home 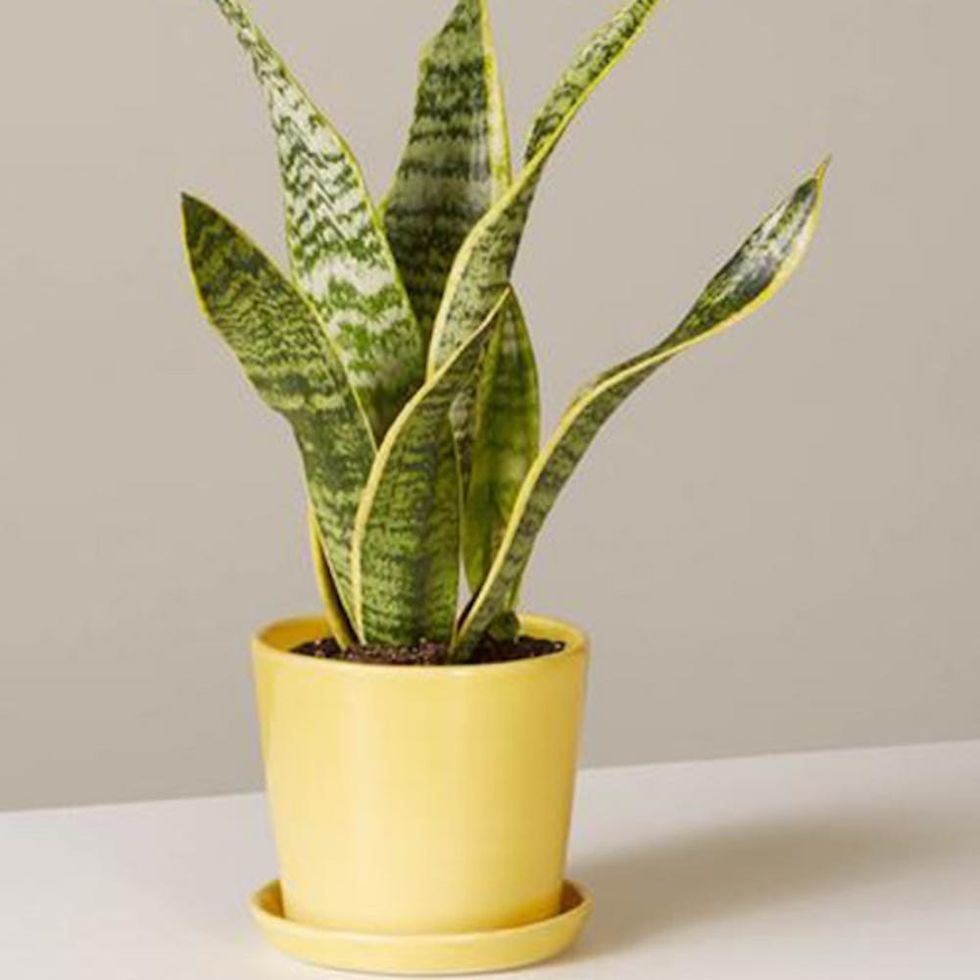 The Sill’s mission is to empower all people to be plant people, so we’re kicking off a new series committed to growing your green thumb. Follow along in the months of April and May for all the gardening tips, hacks, and inspo you need. Happy planting!

Not only can indoor plants transform a room’s aesthetic, but they have been shown to boost moods, increase creativity, decrease stress and anxiety, and filter indoor air toxins. These are all great reasons to invest in plants for your home, but where exactly should you put them? We believe every room (with a window!) is deserving of a plant.

A plant that produces oxygen while you snooze.

The snake plant is a no-fuss tropical plant that has thin, upright leaves with irregular banding resembling reptile skin. It’s often positioned as a low-light, or even no-light, plant, but snake plants actually prefer medium to bright light. But unlike other common houseplants, they can tolerate very low light levels. (They won’t thrive in these super-low-light levels, but they’ll survive!) This adaptation, along with their succulent nature, makes for an almost indestructible houseplant.

Surprised that snake plants are considered succulents? Like other succulent plants, snakes undergo a modified form of photosynthesis, where in order to preserve water they open their pores exclusively at night. But photosynthesis only happens with daylight, so the plant stores carbon dioxide absorbed at night for use during the day, and releases oxygen at night when its pores open. This helps it to maximize efficiency in cleaning the air. In study conducted by NASA, snake plants were found to filter the toxins benzene, formaldehyde, trichloroethylene, xylene, and toluene.

The bird’s nest fern is known for its long, wavy, bright green fronds, which can resemble banana leaves. These fronds circle the plant, producing a wide, rosette silhouette. In its natural habitat, the bird’s nest fern can survive both on trees and on the ground. (It can be an epiphytal or terrestrial plant.) It often lives in palm trees in warm, humid areas.

In your home, the bird’s nest fern is the perfect houseplant pick for a bathroom with a window that receives that natural light. Did you know ferns are their own ancient lineage of plants? Unlike other common houseplants, ferns grow neither seeds nor flowers. Instead, the bird’s nest fern sporulates to reproduce, and plants that sporulate tend to love moisture. The running water from your bathroom sink and shower will help to increase humidity levels, which will help to help soil moist, but not wet.

A whimsical patterned plant that moves.

Calatheas are often called “prayer plants” because of their unique leaf movements: They raise and lower their leaves from day to night as a part of their circadian rhythm. (This phenomenon is called nyctinasty.) Plant movements are controlled by a flux of water pressure in the pulvini, the nodes at the base of the leaves. Scientists theorize that these movements are meant to follow the sun and catch as much light as possible, an essential trait for a forest-floor-dwelling plant.

The rattlesnake calathea is identifiable by its long and slender leaves that are pale green with dark green blotches on top and are deep purple underneath. Its colorful, patterned leaves and daily movements make it a whimsical addition to any beloved space that receives medium light. Now go search calathea time lapse on YouTube — you’re welcome.

A plant that is a natural extension of your medicine cabinet.

Although there are more than 300 species of aloe, it’s Aloe vera that is used most often for medicinal purposes. The ancient Egyptians and Mesopotamians kept extensive records of aloe’s use, even referencing it in the Book of the Dead as part of the skin-preservation process during mummification! Now we use aloe to help soothe irritated skin, heal minor burns, reduce itch, and more. Simply cut off a large, mature leaf, squeeze out the gooey insides, and apply directly to your skin.

Studies have shown aloe has in additional benefit: It filters the toxins benzene and formaldehyde from indoor air, making it the perfect plant pick for the hub of the home. Place your aloe on a warm, sunny sill, and water only when dry. As succulents, aloes are drought-tolerant and prefer to be under-watered. Not sure when it needs a drink? Wrinkles on the aloe’s fleshy leaves are a telltale sign.

The pothos is a vigorous grower that is known for its long, trailing vines. In its natural habitat, these vines climb up neighboring trees (thanks to their aerial roots) and stretch across the forest ground (thanks to their trailing stems). You could think of the pothos as a tropical weed! In fact, in some places they are thought to be an invasive species because of their hardiness and rapid growth.

But the pothos‘ easy-to-grow nature makes for a wonderful houseplant. It requires little care and can handle minimal sunlight, yet is attractively full and leafy. In fact, it is fondly nicknamed the “cubicle plant.” Wonderfully versatile, the pothos can be grown both in soil and water, and is an easy plant to propagate. Studies have show it is also efficient in removing pollutants such as formaldehyde, xylene, and benzene from indoor air. Breathe easy while you work.

What plants are you using in your home this season? Let us know @BritandCo!

From Your Site Articles
Erin Marino
Erin Marino is the Director of Brand Marketing at The Sill, a plant company with a big ambition — to put the garden center online, combining commerce with content and community. When not tending to her plants, Erin enjoys trying new vegetarian restaurants and watching House Hunters on HGTV. A Columbia University alumni, she resides in New York City with her cat.
Home Decor
Home Decor Inspo
Home DecorPlant Lady 101PlantersPlants