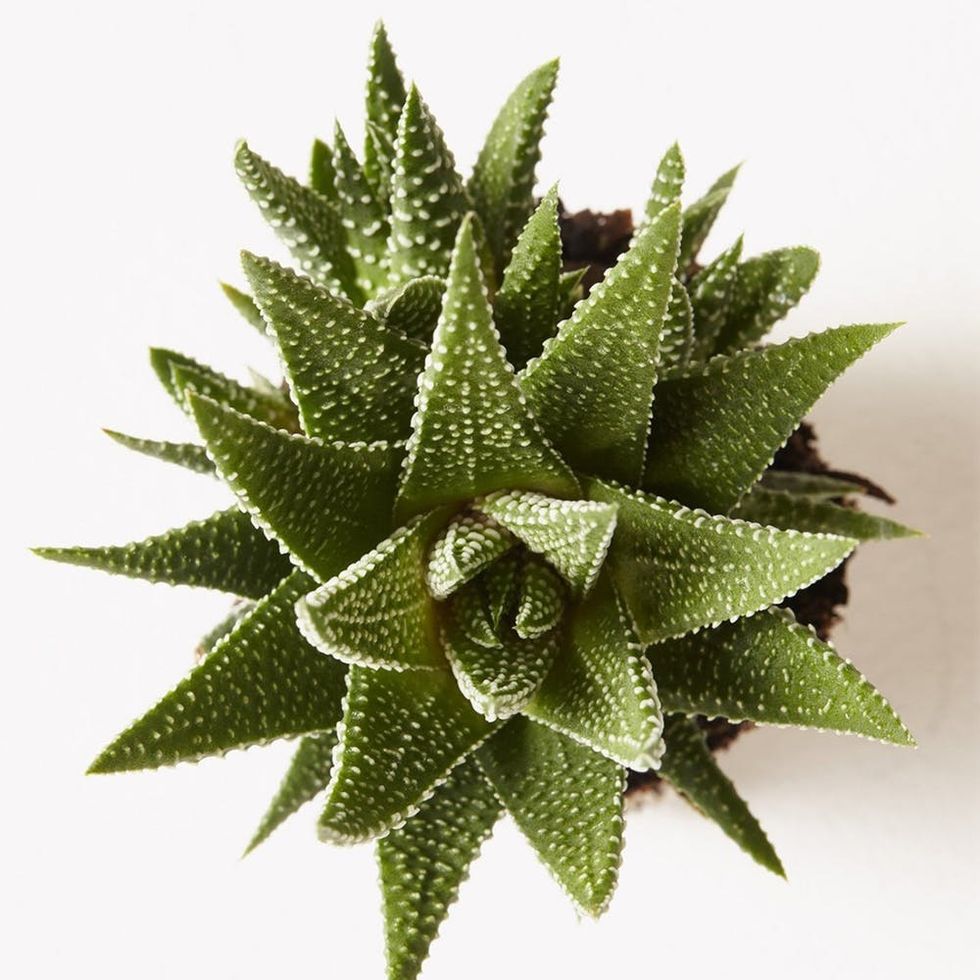 The Sill's mission is to empower all people to be plant people. So we're kicking off a new series committed to growing your green thumb. Follow along in the months of April and May for all the gardening tips, hacks, and inspo you need. Happy planting!

One of the most important things to keep in mind when purchasing a new plant is that plant's native habitat. Here at The Sill, we tell our customers that the best way to care for a plant is to try to recreate an environment within your space that's similar to the environment of their native habitat. But that can definitely be easier for some plants than others! For example, most ferns are native to tropical rainforests. That high-humidity, low-light environment can be difficult to re-create in a cold and dry New York City apartment. But there's definitely ways to work around it: You can place the fern in your bathroom (if it has a window) where humidity levels are usually higher, or invest in a humidifier.

But that being said, some plants are hardy by nature. For example, the Sansevieria (aka the snake plant) is tolerant of a wide range of conditions. If you're new to houseplants, it's a great starter plant. It's considered a succulent, so make sure to not overwater. (If you tend to overwater your plants, then going with a Bird's Nest Fern would probably be a better choice for you!) It's all about know what type of plant you are purchasing, what that plant needs, and what you are capable of providing.

In addition to the snake plant, trailing plants like the pothos or philodendron tend to be low-maintenance and hardy. They're also fast growers, and that frequent new growth will let you know that you're being a decent plant parent.

It is important to remember that all plants are living, growing, breathing things. Get to know your plants. Learn about their native environment. Watch for signs of stress in their current environment. And above all — enjoy that exploration. And remember: We all have killed plants — The Sill team included. It happens.

1. Snake Plant: Snake plants (Sansevieria) are tropical plants that are also succulents! Often called low-light plants, snake plants actually prefer medium-to-bright indirect light if possible, but can tolerate lower light levels than most other common houseplants. Like other succulent plants, snake plants have a modified form of photosynthesis, where in order to preserve water, the plant opens its pores exclusively at night. Since photosynthesis only happens with daylight, the plant stores the carbon dioxide it acquires at night for use during the day instead and releases oxygen (a product of photosynthesis) at night when the pores open. This maximizes its efficiency in cleaning the air, as found in a NASA study, making it a low-maintenance plant with major benefits.

2. ZZ Plant: The Zamioculcas zamiifolia, affectionately called the ZZ plant or Zanzibar Gem, is a tropical plant in the aroid family Araceae. If you look closely, you might spot large, potato-like rhizomes under the surface of the ZZ's potting mix. Having evolved in drier conditions than most other aroids, the ZZ plant evolved rhizomes that store water to help it survive drought in its natural environment. This is a great plant pick for new plant parents because it doesn't require frequent watering. It can also tolerate lower light levels (like the snake plant), making it a low-maintenance winner.

3. Philodendron: Philodendron is a genus of herbaceous evergreen tropical plants that belong to the aroid family Araceae. Taxonomically, the genus Philodendron is considered to be a "trashbag" genus, so you'll find a handful of common houseplants referred to as philodendrons. We're partial to the trailing heartleaf philodendron because it's low-maintenance (think moderate light and once weekly waterings), fast-growing, and easy to propagate.

4. Haworthia: Haworthia are hardy succulents that are closely related to gasterias and aloes — so much so that they can crossbreed with each other freely to form hybrids. We find haworthias to be the perfect plant pick for plant parents with bright light and busy schedules. Keep them on a sunny sill and water when wrinkly (about every 2-3 weeks) in bright, direct light.

5. Echeveria: Echeveria belong to the stonecrop family Crassulaceae, which gets its name from the fact that these plants can grow right out of cracks in rocks! Plants from this family can generate roots quickly from almost any undamaged part of the plant, and their succulent nature allows them to withstand seemingly inhabitable rocky environments. Echeverias are so easy to propagate that in their native habitat that they are considered by some to be weeds! The genus is named after Atanasio Echeverria y Godoy, an 18th-century Mexican botanical artist and naturalist. (His drawings would have killed on Instagram.)

6. Marimo: The name 'Marimo' originated from Japanese botanist Tatsuhiko Kawakami (毬 'mari' = ball and 藻 'mo' = generic term for aquatic plants) who first described them growing in lakes on the island of Hokkaido. The Marimo's circular shape is the result of freshwater lake motion. Marimo grow quite slowly, only a few millimeters a year. But Marimo moss, as it's known, is not actually moss at all. Aegagropila linnaei is a freshwater, fuzzy, filamentous green algal colony. As the colony grows, the inner cells go dormant. But if the ball is ever split apart, those cells can reactivate to repair the colony, even under artificial light! How low-maintenance is that?!

What house plants are you using in your home this season? Let us know @BritandCo and check out our Gardening page for more tips!

From Your Site Articles
Erin Marino
Erin Marino is the Director of Brand Marketing at The Sill, a plant company with a big ambition — to put the garden center online, combining commerce with content and community. When not tending to her plants, Erin enjoys trying new vegetarian restaurants and watching House Hunters on HGTV. A Columbia University alumni, she resides in New York City with her cat.
Home Decor
Garden
Home DecorPlant Lady 101PlantersPlantshouseplantsgardengardening