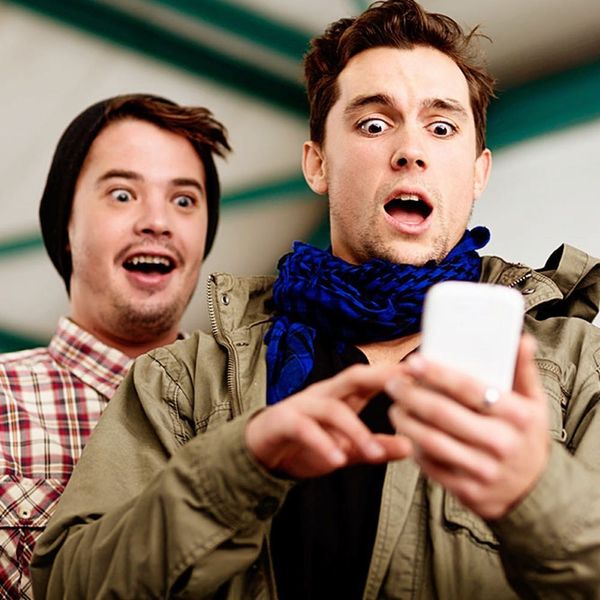 Being ghosted sucks. Nothing is worse than being into someone only to find they have magically fallen off the face of the earth after your third date. But TBH, as much as we hate it, it’s so easy to be that person. If you went out with your Tinder match for five or six dates and realized you’re actually not that into them, slowly fading in communication is a surefire way to send them a message without actually having to do anything. Though it may be easy, it’s not necessarily the nicest thing to do. But hey, if you REALLY don’t want to have that awkward breakup conversation with someone, there’s now a service that does it for you. Welcome to the future, people.

The Breakup Shop is a new website that launched last week were you can go to indirectly end things with that someone you’ve been seeing or your SO. On their website they write, “The Breakup Shop believes everyone deserves to be single. Let us handle the messy work of the breakup so you can spend more time swiping right. All of our products are designed to give you peace of mind when ending your relationship, minimizing discomfort and maximizing potential for long-term friendship.”

Emanuel Maiberg, a writer for Motherboard, decided to give this service a (fake) test run with his long term GF Angela. He forewarned Angela that they were going to call her. Angela recorded the whole conversation, which you can listen on over on Motherboard’s website. After Maiberg heard the call, he wrote that he wasn’t totally happy with how they translated his “breakup” reasons.

He wrote, “First of all, I never told them to give Angela advice. They asked what my issues were, I told them, but I don’t see why they told her those are things she needs to work on. Most of the time, relationships end because people aren’t compatible. It doesn’t mean one of them needs to change. Rude.” He went on to say, “Second of all, the caller tells Angela that I was breaking up with her because she’s pressuring me to get married. I never mentioned marriage! I said she’s bugging me for a huge diamond ring and that I didn’t like it. I understand how one would equate a diamond ring with an engagement ring, but I never mentioned marriage. That’s a dangerous assumption to make on behalf of The Breakup Shop.”

Thankfully, Emanuel’s breakup wasn’t real and was solely for the sake of hard-hitting investigative journalism, but this doesn’t really seem like it’s any better of a way out than ghosting. With ample room for miscommunication, confusion and a very impersonal touch, having a service do the dirty work for you definitely doesn’t paint you in a kind light. People looking to get out of a relationship or maybe even a Tinder-lationship, please PLEASE do what you have to do to summon up a little courage and just do it the old-fashioned way.

What are your thoughts on this new service? Share with us in the comments below.

Cortney Clift
Cortney is the senior writer and special projects editor at Brit + Co. She typically covers topics related to women's issues, politics, and lifestyle. When she's not buried behind her computer you'll find her exploring New York City or planning her next big adventure.
Relationships
More From Relationships