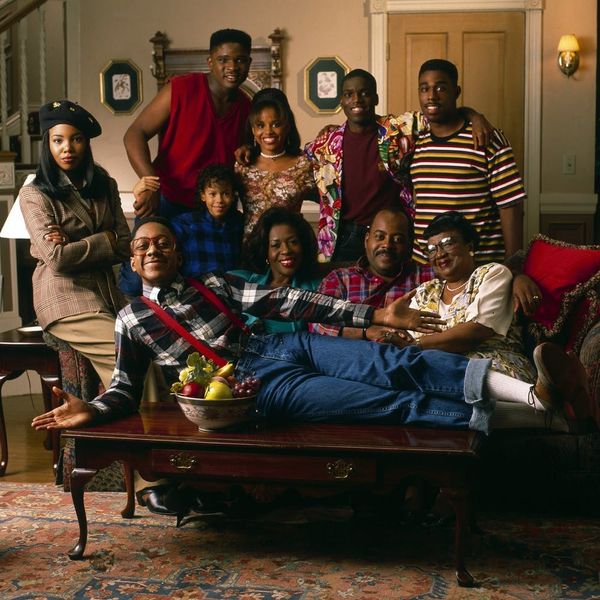 Could we be getting another ’90s revival a la Roseanne or Fuller House? The cast of another classic sitcom, FamilyMatters, recently reunited for the first time in almost 20 years, and they made it pretty clear that they’re ready and willing to do a reboot of the beloved series.

Is a #FamilyMatters reboot in our future?! 😯 In a day and age where revivals of old sitcoms are all the rage, the cast seems ready to jump at the chance to bring their Chicago clan back to the small screen. “There’s just something really magical about this cast and the real feelings that are here," Telma Hopkins—who played Rachel, Hariette's widowed live-in sister—said at our special reunion. "It wasn’t just for the screen. Family really did matter and still does.” Click the link in our bio for more details. 📷@miss_ramona for EW

A post shared by Entertainment Weekly (@entertainmentweekly) on Sep 28, 2017 at 8:27am PDT

“Jaleel [White] and I were talking just a little while ago and he said, ‘You know, we can do this,'” Jo Marie Payton, AKA Harriette Winslow, explained at the reunion, which was orchestrated by Entertainment Weekly. “And I said, ‘If they dropped a script at our feet when we walked out of here, we would come back in tomorrow, and the next day we’d have a show shot.”

The TV family (plus Steve Urkel) certainly appears to have a lot of real love for each other: Reginald VelJohnson, who played Carl Winslow on the show, got emotional reuniting with his costars of nine years after all this time.

“I love these people, every one of them,” he said. “I didn’t realize I was going to see everybody. To see them now, the way they are, is wonderful. It’s heartwarming. It makes me cry.” (Um, is it dusty in here?)

Family Matters aired its finale in July 1998. If all this reunion talk has you dying to revisit Steve Urkel and the gang (especially while waiting for that potential revival!), good news: Hulu’s new lineup of the classic TGIF shows will be available to stream starting September 29. And EW has even more from the reunion in the mag’s new issue.

Would you watch a Family Matters revival? Let us know @BritandCo!