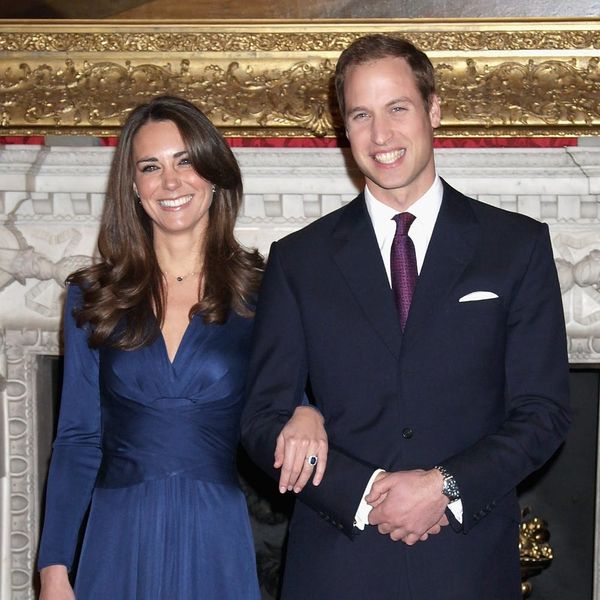 We totally fell in love with Kate Middleton’s gorgeous blue engagement dress back in 2010, even freaking out all over again when it came back last summer in an even more affordable incarnation. And while we might assume that being associated with the royal family in any way would be more than a little lucrative, it turns out that the designer responsible for Kate’s epic look claims that the dress in fact resulted in her losing her biz.

At $535, the Issa dress was much more affordable than many suspected, and it became a part of British history the moment Kate stepped in front of the cameras wearing it and her sentimental engagement ring that perfectly matched, so it would seem to be safe to assume that the designer was laughing all the way to the bank.

Apparently, that’s not how it went down at all. Daniella Helayel has revealed that although she initially saw a rise in business (with the dress itself selling out in a mere five minutes and overall sales doubling), without any prior notice that Kate would be wearing the dress, the designer didn’t have any time to prepare for the sudden popularity.

“I didn’t have the money to finance production on that scale,” Helayel told The Daily Mail. “The bank refused to give me credit and the factory was screaming for me to pay its bills.” Though she attempted to keep going with various maneuvers, she was eventually forced to sell the brand in order to save it. Then, “In 2012 a new CEO was hired and things started moving in a different direction, which didn’t work for me.”

Leaving the brand behind may have been tough for Helayel, but she’s certainly someone who has no doubt that “the Kate effect” is real and can either make or break you.

Are you surprised that Kate Middleton wearing the Issa dress had such an outcome? Let us know @BritandCo!

Desiree O
Desirée O is a ‘Professional Bohemian’ who loves anything and everything related to the arts, entertainment, and pop culture. She ADORES being a ‘Newsy’ for Brit + Co, covering all of the latest tidbits of awesomeness that you want to read about. When she’s not writing, she’s either making messy art, going on long adventurous walks with her camera, or poking around over at bohemianizm (http://www.bohemianizm.com/). You can find out about Desirée O and her work at http://DesireeO.com/ or follow her on Twitter @DesireeO.
Celebrity Style
Celeb Style
Celebrity Style Royal Family