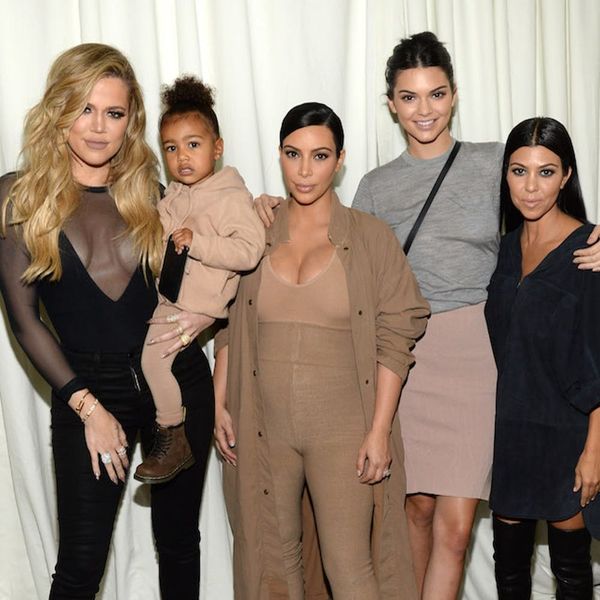 After a tumultuous 2016 for the Kardashians, including Kim’s gunpoint robbery and Kanye’s hospital stay, it wasn’t a surprise that they took the end of the year off from work to instead relax and reconnect with family — no matter how detrimental it might have been to their careers (and income). At the time, no details were given for when they might make a return to a more normal way of life — which, for Kim, includes being all over social media, though it didn’t take long into 2017 for her to begin her reemergence.

This week, Kim began posting family photos and an absolutely adorable home movie featuring her, Kanye and their children, North and Saint West. She began replying to fans on Twitter, and despite the blink-and-you’ll-miss-it removal, then re-add, of the “West” in her name on social handles, she was seemingly right back to her old self after three whole months away.

Haha 😂😘 I missed you guys! https://t.co/RK4ITjFYvF

But the effects of Kim’s robbery had an immediate impact on her family and the way they conduct their lives — which are inextricable from their work. Kim, of course, took her aforementioned media break. Kendall also took a break from social media. And due to some careless activity on her team’s behalf, even Kylie is being more selective about how she runs her online presence.

Recently, Rob Kardashian and Blac Chyna have been causing more tensions within the family as well, not only for their at-times explosive relationship, but in the courts. Chyna made clear her intentions to trademark her new Kardashian name to use for her own business purposes, but Kourtney, Kim and Khloé’s companies are fighting it to maintain control of the name and how it is used, something they’re no doubt more protective of than ever.

Even the family’s most household product currently hangs in the balance: After Kim’s robbery, filming of season 12 KUWTK was immediately stopped, and though they resumed a few weeks later, after Kanye’s hospitalization, the show was put on hold indefinitely.

Life is about family. Don’t miss "This is Us" @nbcthisisus tonight at 10/9c on NBC!

We’re still in the early days of Kim’s reemergence, though it appears she might choose to take a new kind of family-friendly approach, and won’t hesitate to share her personal life with the world again, which at one time seemed impossible, given what she’d been through. It’s also possible that beyond rebuilding her own presence, she’s working to protect Kanye as well, putting his role as a loving and present father and husband front and center.

It still remains to be seen how exactly the Kardashians will proceed for the long term after one of the most grueling years they’ve experienced. Though they maintain their fierce family bond, some things will never be able go back to the way they were.

How do you see the Kardashians changing their public approach in 2017? Let us know @BritandCo.