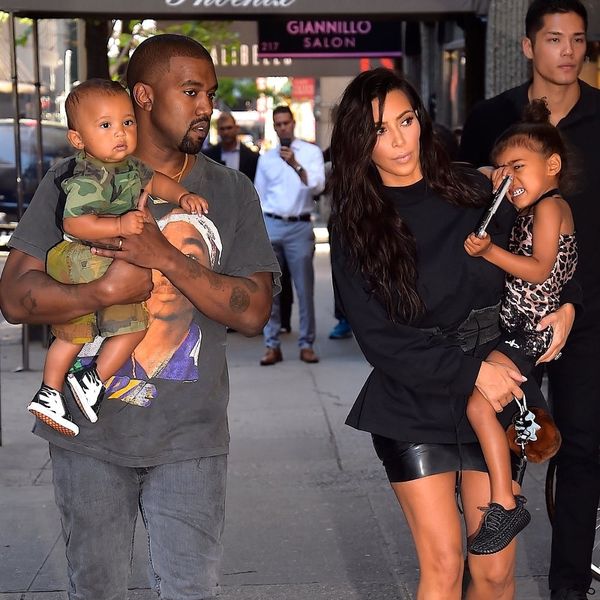 Kim Kardashian may have mostly shunned the public life while taking a break from her career — and you can’t really blame her, after she suffered a terrifying attack and Kanye was hospitalized — but now she’s returned to social media in a HUGE way by posting a home video showing herself and Kanye along with their two little ones in clips that definitely focus on the good times.

She just updated her app with a video montage of the entire Kardashian-West family behind the scenes, and it’s almost too sweet to handle. Set along to Jeremiah’s “Paradise,” we can hear the lyrics, “Man, I knew life would be alright/But who would have thought it would be this good?”

With glimpses of some of Saint’s first steps, North’s adorable antics and loving moments between Kim and Kanye, this vid will leave you rooting for the family. And given the problems the two have reportedly been having, it’s nice to get to see some of their happier moments.

Do you think Kim and Kanye will make it? Tweet us @BritandCo!

Desiree O
Desirée O is a ‘Professional Bohemian’ who loves anything and everything related to the arts, entertainment, and pop culture. She ADORES being a ‘Newsy’ for Brit + Co, covering all of the latest tidbits of awesomeness that you want to read about. When she’s not writing, she’s either making messy art, going on long adventurous walks with her camera, or poking around over at bohemianizm (http://www.bohemianizm.com/). You can find out about Desirée O and her work at http://DesireeO.com/ or follow her on Twitter @DesireeO.
social media
Celebrity News
social media