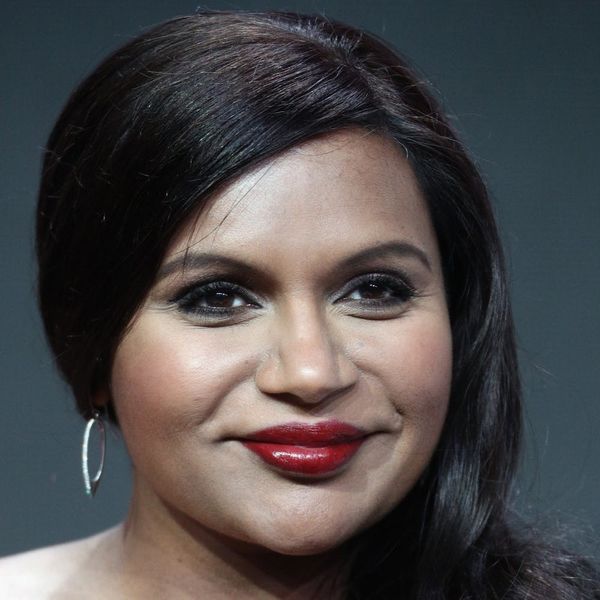 It came as a total surprise to fans of The Mindy Project when it was revealed in July (by Oprah, no less!) that its star, Mindy Kaling, was five months pregnant with what we recently learned is a little girl. As the show enters its sixth and final season, any questions we had about whether or not the pregnancy would factor into the show have seemingly been answered by co-star Ike Barinholtz, who explained to People how producers have been hiding her baby bump while filming.

Ahhhh I'm going to miss these totally custom, fabulous, high maintenance Mindy Lahiri looks. She can be so diabolical but always put together. @salvadorperezcostumes

Female TV characters often have to hide their pregnancies during filming, but Barinholtz joked that, unlike other shows, they took care to avoid extreme and obvious measures with the A Wrinkle in Time star. “It’s not like Will and Grace where Debra Messing always had a pillow like the whole [sixth] season,” he said. “There is a little bit of kitchen island stuff going on.”

He also assured the PaleyFest crowd that what Kaling calls her character Mindy Lahiri’s signature “totally custom, fabulous, high-maintenance looks” wouldn’t change too much to accommodate her pregnancy. “Sal Perez — who is an amazing designer — kind of kept in mind that it’s off story for her to really be pregnant,” he said. “So we haven’t had to obscure too much, but we’ve gotten creative a few times.”

We can’t wait to try and spot the bump!

Will you be on baby bump watch during the Mindy Project’s final season? Let us know @BritandCo!