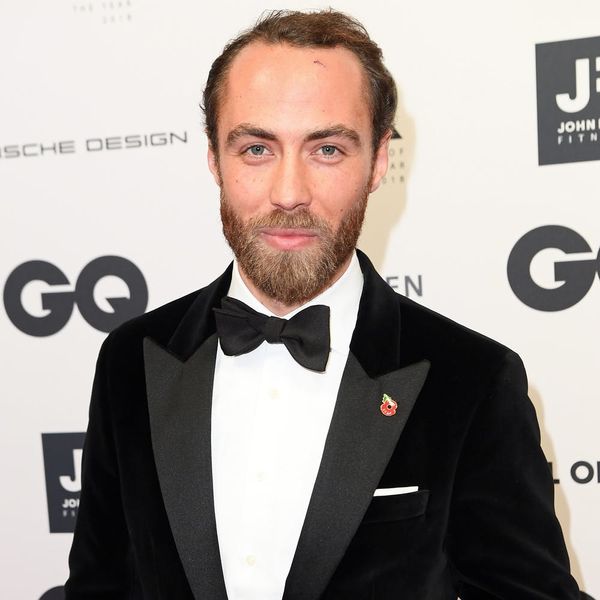 Over the weekend, many of us heard the name “James Middleton” for the very first time. The 31-year-old brother of Duchess Kate and Pippa Middleton has distinguished himself as the most low-profile of the Middleton bunch, tending to relatively ordinary ventures like a custom-marshmallow startup and, more recently, working as a tour guide in the Scottish Highlands. But it’s not just the youngest Middleton’s dashing good looks — or the idyllic, dog-filled life he recently unveiled to the world by unlocking his once-private Instagram account — that has people talking.

Just after midnight on Saturday morning (UK local time), The Daily Mail published a moving essay in which Middleton details his debilitating recent struggles with depression and the steps he’s taken to regain control of his psychological wellbeing.

Middleton traces the origins of his malaise to childhood, when severe dyslexia and yet-undiagnosed attention deficit disorder caused him to fall behind in school. By the time he reached adulthood, Middleton worried that he would never be able to live up to “society’s expectations” for him. In late 2017, Middleton’s feelings of “worthlessness and desperation, isolation and loneliness” came to a head. He sought treatment from a psychiatrist and began a regimen of cognitive behavioral therapy, or CBT, and put his job responsibilities on hold to prioritize getting well.

“It is tricky to describe the condition,” he writes of his depression. “It is not merely sadness. It is an illness, a cancer of the mind.” He explains that he’s sharing his experience to show that mental illness can be coped with, and to help dispel the negative connotations associated with needing help.

Any time someone with a public profile uses their platform to address tough subjects, they’re helping to normalize a more complete picture of human experience, which instills empathy and compassion — compassion for others, and compassion for one’s self. That self-compassion piece is an especially big deal when it comes from a young man talking about his personal mental health woes.

The social construction of masculinity contradicts the fact that men can be vulnerable. Men die by suicide at 3.5 times the rate of women, yet are less likely to receive diagnoses for anxiety or depression than women are, or to seek treatment.

The mental health disparity between genders is only one manifestation of the harm that’s caused by such a restrictive code of behavior. But it’s not hard to think of others. A new Gillette ad that challenges a pattern of behaviors we’ve come to collectively term ‘toxic masculinity’ has just gone viral, thanks in part to the flack it has received from so-called ‘men’s rights activists’ and self-appointed anti-PC crusaders who think a kinder, gentler vision of manhood is akin to castration. It’s a war on men, they argue, and an attempt by social justice extremists to eradicate the gender.

From a pro-woman perspective, this interpretation is hateful and dangerous. We have a litany of high-profile examples that demonstrate how a “boys will be boys” gendering of certain behaviors jeopardizes the safety and wellbeing of women; just look at every story that’s been filed under the banner of #MeToo. It also fuels the presumption that male leadership is somehow natural or inherent, which reinforces unequal power dynamics between genders.

But for many of us who have ever known or loved people who happen to be men, the knee-jerk aversion to suggestions that men should aspire to gentleness is also just plain sad. If being a “real man” requires that men bulldoze their way through life without regard for their or others’ feelings, “authentic” manliness must be pretty lonely. And, as it happens, an alarming number of boys and men suggest that it is: The American Psychological Association recently declared that “many nations around the world” are facing what might be called “a loneliness epidemic.” At the fore of this grim trend are boys and men.

Whether there are innate, immutable differences between men and women is up for debate. But it sure seems reductive to align traits like aggression and emotional suppression — traits that would arguably qualify as antisocial — with a gender’s authentic state. Such a cut-and-dried understanding of what it means to be a man seems antithetical to intimacy, or the richness of experience that flowers from a life conscientiously lived. It also puts the onus on women and members of marginalized gender identities to shoulder the burden of managing other people’s emotions and behavior.

“I deliberately never say ‘toxic masculinity,’” said Canadian author Vivek Shraya, a transgender woman who was raised as a boy, in a 2018 interview with Vice. “[…]I wonder about the need to qualify masculinity, because ‘toxic masculinity’ suggests that there is a masculinity that is what, not toxic? And I don’t know that I’ve experienced that.”

Whether or not a majority of boys and men have internalized a version of masculinity that reflects what Shraya sees, it’s clear that something has to give. It’s why displays of vulnerability from men like James Middleton are so necessary for creating a healthier, more unified society for everyone.

“I have a greater knowledge of my strengths and weaknesses and am a more confident person than I was before,” Middleton writes. “The end result of this journey has been a positive one.” Let’s hope that his journey’s end will mark others’ beginnings.