The US Is Falling Way Behind in Global Gender Equality Rankings 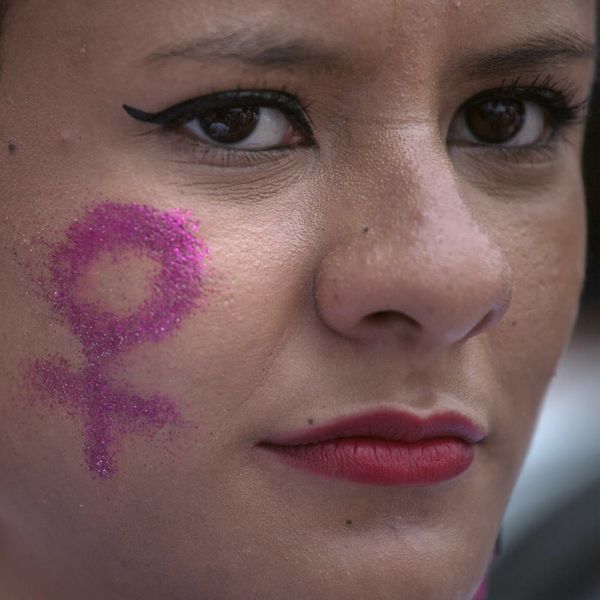 The issue of gender equality (or lack thereof) has definitely made its way into the spotlight lately (did you read this Beyoncé-approved open letter yet?). And yet, despite the powerful Women’s March on Washington and the more recent Day Without Women, we still have a long way to go: a fact that was made painfully clear when the World Economic Forum released its worldwide equality rankings.

The findings were released in January and are currently making the media rounds again following more recent strikes. In them, the Inclusive Growth and Development Report 2017 shows the US as having ranked 23 out of 30 (!) when stacked against other developed nations in terms of equality. So, not so great. Looking at factors such as income, health, poverty, and sustainability data, the WEF found that America as a country is not living up to its potential when it comes to sharing wealth, gender equality and social protection, reports The Atlantic. Even more worrisome, though our ranking among developed companies is actually up from 2015 (believe it or not, we were once 28), America’s overall ranking dropped from 23rd place to 45th. Oof!

US ranked 45th in gender equality

So why are we seemingly free falling backwards? First up, there’s the issue of leadership. Looking at 146 nations, the World Economic Forum found that 56 had a female head of government for at least one year in the past 50 years, reports Bustle. Despite how close we came, we still have yet to elect a female president.

In the wage gap department, while Iceland recently made equal pay a law, stateside, women earn about 80 percent of what their male counterparts make, according to an AAUW report. “At the rate of change between 1960 and 2015, women are expected to reach pay equity with men in 2059,” reads AAUW’s The Simple Truth about the Gender Pay Gap spring 2017 report. “But even that slow progress has stalled in recent years. If change continues at the slower rate seen since 2001, women will not reach pay equity with men until 2152.” Ugh.

Meanwhile, women in the LGBTQ+ community are not faring so great: A quick look at the current bathroom bills proves that our nation may actually be moving backwards in terms of acceptance.

Finally, there’s the actual percentage of women who make up the US workforce. Sadly, the Bureau of Labor Statistics’ projections show that the percentage of women in the workplace will peak at 47.1 percent in 2025, then will drop off and stabilize at 46.3 percent by 2060 — stats that make the desired 50/50 split hard to come by.

Some rather disheartening stats to be sure — what would Rosie the Riveter think? Time to join the fight, ladies.

What do you make of all these statistics? Tweet us @BritandCo.