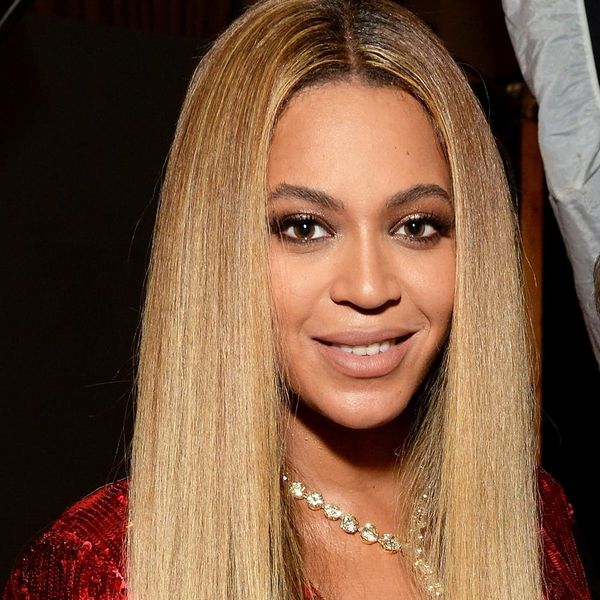 Yesterday was International Women’s Day, and women everywhere took a stand for equality with their actions, signs, and clothing choices. Celebs also got in on the action, with plenty posting on social media: Hilary Swank even invited women to share their stories to be featured on her website.

Another group of celebs, however, including Queen Bey and Madonna, banded together in a different way with an open letter to women everywhere. The letter was a call to action to join them in the fight against gender equality and take a stand once and for all with Global Citizen, a social action platform fighting for women and extreme poverty.

“This is about hearing a call — to join us wherever you are. About raising an alarm — drawing attention where there is work to be done. And about celebrating — those who are already showing us, against impossible odds, what is possible,” the letter read.

Published by Chime for Change, which was founded by Gucci and co-founded by Beyoncé Carter Knowles and Salma Hayek, the letter was stacked with celebrity support: In addition to Knowles and Hayek, it also had signatures from the members of Coldplay, Dakota Johnson, John Legend, Madonna, Freida Pinto, Julia Roberts, and Jada Pinkett Smith, to name a few.

The letter pointed out the threats to girls and women’s rights in today’s society, and sought to gain members in its efforts to reset the balance of power. “All over the world, women are on the frontlines, fighting for our future,” it reads. “Yet millions of girls and women are still denied basic equal rights. And recent policies and appointments in the United State jeopardize its position as a global leader and a positive role model on human rights.”

It was far from defeatist, however, leaving readers with an inspired feeling to aid in their battle. “We believe that connection empowers us,” it says. “That every voice matters. That each one of us is needed to achieve change. We believe we can do extraordinary things when we come together. We fight for education. For health. For justice. For every girl. Every woman. Everywhere. We fight for our future. Because none of us can move forward if half of us are held back.”

Read the letter in its entirety here.

How are you joining in the fight for equality? Share with us @BritandCo.

Nicole Briese
Nicole is the weekend editor for Brit + Co who loves bringing you all the latest buzz. When she's not busy typing away into the wee hours, you can usually find her canoodling with her fur babies, rooting around in a bookstore, or rocking out at a concert of some sort (Guns N' Roses forever!). Check out all her latest musings and past work at nicolebjean.com.
Beyonce
Current Events
Beyonce International Womens Day Politics