Equal Pay for Women Is Now the Law in Iceland 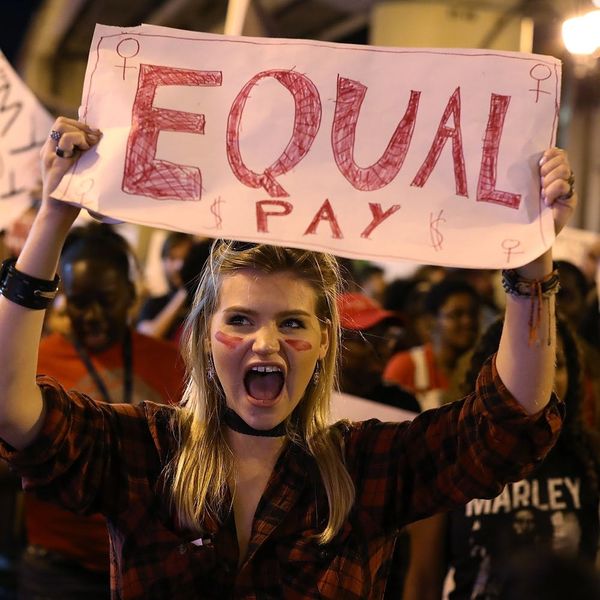 While some may enjoy their fair share of rights in the US, International Women’s Day and the women’s strike reminded us that not all women are so lucky. The wage gap is something that still affects many women in the workforce, which is why equal pay is a cause that has been brought to the forefront, not only in our country, but around the world. That’s also why Iceland has just taken a major move to make sure that everyone in their nation is paid fairly by making equal pay the law.

It seems pretty darn obvious that everyone should be paid based on their skills and experience, as opposed to whether or not they identify as male or female, but that’s unfortunately not the IRL sitch. Though some still try to claim that the gap doesn’t exist (remember: Just because it’s not happening to you doesn’t mean it’s not happening to others), the Bureau of Labor Statistics confirms that in the US women earn “83 percent of men’s median weekly earnings” (and that’s just white women — women of color make even less).

Daily chart: The best and worst places to be a working woman https://t.co/9ekiO15kNz #InternationalWomensDay pic.twitter.com/1bthqg7mEN

In fact, the US is way down in 20th place when it comes to the best/worst places in the world to be a working woman. Iceland took the top spot, with Sweden, Norway, Finland, and Poland rounding off the top five, followed by France, Denmark, Belgium, Hungary, and Canada making up the rest of the top 10.

“Gender equality benefits all of us,” Iceland’s Prime Minister Bjarni Benediktsson said on International Women’s Day, according to NPR. He added, “There is a standard which we have already taken up. But not all are following it.” That’s why the country has introduced a law that requires companies with more than 25 employees to check in with the government every few years to make sure that they’re following the fair-pay rules.

According to the AP, “Iceland has been ranked the best country in the world for gender equality by the World Economic Forum, but Icelandic women still earn, on average, 14 to 18 percent less than men.” Unhappy about the unfair pay, the women of Iceland took action. “In October thousands of Icelandic women left work at 2:38 pm and demonstrated outside parliament to protest the gender pay gap. Women’s rights groups calculate that after that time each day, women are working for free.”

It looks like action can have a profound result as Iceland’s new equal pay law is thought to be the first in the world at the national level. Let’s hope other countries follow suit so that the wage gap becomes a thing of the past.

What do you think about Iceland’s new equal pay law? Let us know @BritandCo!