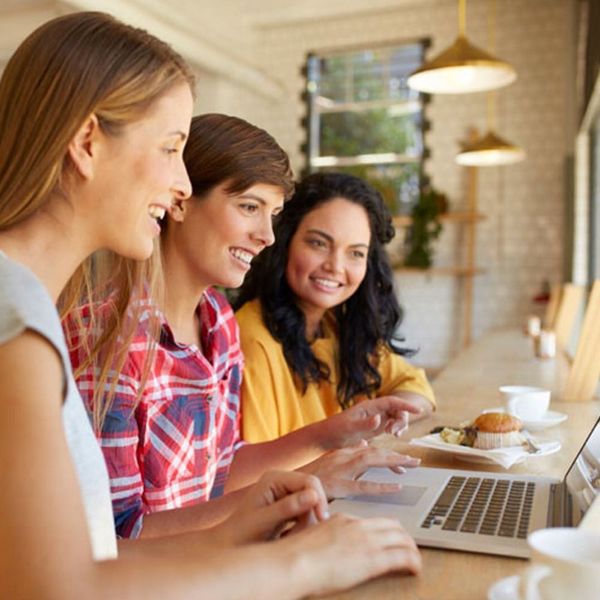 With so much attention on the gender wage gap in 2015 and big-name companies like Salesforce (which recently spent $3 million to provide equal pay to all their female employees) making a conscious effort to even the playing field, it certainly feels as though we’re beginning to progress toward a more balanced country. According to World Economic Forum’s newly released Global Gender Gap Report, it appears that’s not actually what’s happening.

In the whopping 387-page report, researchers revealed that on a global scale, the US comes in at 28th place for gender equality. Womp, womp. The global ranks were calculated based on four categories: economics, education, politics and health. This is actually the furthest the US has slid down in rank since placing 31st back in 2009.

So, what’s the deal? While we come in sixth in “economic participation and community,” we fell to 72nd when it comes to politics — an industry men still more than dominate.

We vote you stay and join us in doing whatever we can to progress toward a totally gender-equal America (sorry to get all Uncle Sam on you there), but if this news is making you want to move somewhere with more prosperous equality rankings ASAP, we sure hope you’re ready for cold weather. The countries with top overall ranks are Iceland, Norway, Finland and Sweden. Not surprisingly, all these countries also found themselves in the top 10 of the 2015 World Happiness Report.

J.Law, Emma Watson, Hillary Clinton — it looks like we need you now more than ever, ladies.

What’s something you’d like to see in a gender equal country? Share with us in the comments below.

Cortney Clift
Cortney is the senior writer and special projects editor at Brit + Co. She typically covers topics related to women's issues, politics, and lifestyle. When she's not buried behind her computer you'll find her exploring New York City or planning her next big adventure.
Work
Lifestyle
Work
More From Lifestyle