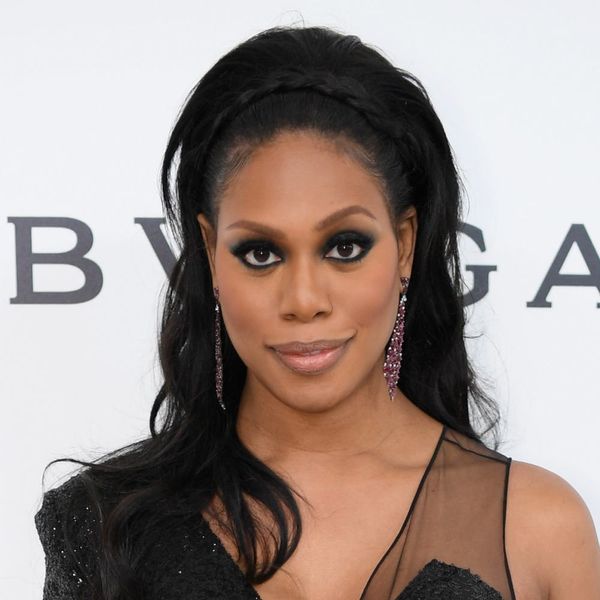 Following the announcement that the Trump administration would be rescinding the government’s Title IX guidelines to include transgender students in its definition of sex discrimination, we heard from several prominent stars in the LGBTQ+ community, including Caitlyn Jenner and Gigi Gorgeous.

Apart from her shout-out to Gavin Grimm (a transgender teen fighting for his own rights to use the bathroom of his choice, whose legal case was just sent back to a lower court) at the Grammys, however, we had yet to hear from Laverne Cox, one of the biggest transgender champs of all.

Cox has just broken her silence on the matter in a new self-penned piece for InStyle. In the article, she explains that even as a famous actress, insecurities that arise from having to choose a bathroom still plague her. While visiting MSNBC for a recent on-air piece about Grimm, Cox writes, “Before going on camera, I asked, ‘Where’s the ladies room?’ The second I said it, I thought, ‘Oh my God. Is everybody looking at me? Will they watch to see which restroom I go in?’”

She goes to share the stats that more than 30 percent of trans people have reported avoiding food and drink so they won’t find themselves in a similar situation, with 60 percent avoiding public bathrooms entirely for fear of assault or harassment.

But, as Cox says, the laws in question are about far more than just choosing a bathroom.

“Don’t be fooled,” she says. “The Obama-era [Title IX] guidelines also included pronoun and name preferences for these young people as well. These are important components of how trans kids should be treated in school, but all that is lost when we sensationalize the issue,” she says. She went on to add that “It’s not about bathrooms. It’s about the humanity of trans people, about us having the right to exist in a public space.”

But she isn’t letting the Supreme Court’s decision not to hear Grimm’s case get her down. Instead, she’s viewing it as a call to action, for not only trans people, but the rest of us, as well. “Let this be a wake up call to all Americans that trans youth are under attack in this country and that we must all stand with trans folks.”

Hear, hear, Laverne! Read her piece in its entirety here.

How are you showing support for transgender youth? Share with us @BritandCo.

Nicole Briese
Nicole is the weekend editor for Brit + Co who loves bringing you all the latest buzz. When she's not busy typing away into the wee hours, you can usually find her canoodling with her fur babies, rooting around in a bookstore, or rocking out at a concert of some sort (Guns N' Roses forever!). Check out all her latest musings and past work at nicolebjean.com.
LGBTQ
Politics
LGBTQ Politics transgender