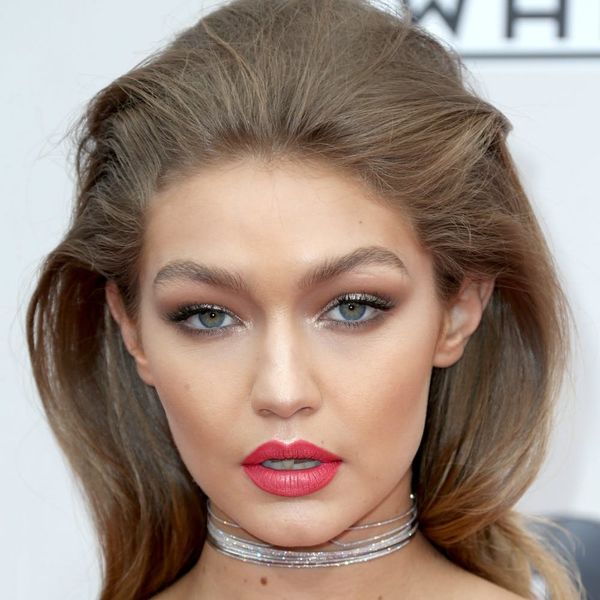 As the last music awards show of the year, we’ve got some pretty high hopes for the AMAs tonight ― it certainly doesn’t hurt that the performers are top notch (we are SO here for anything from Lady Gaga’s “Joanne”) and Gigi Hadid and SNL’s Jay Pharoah are hosting — we have a feeling our girl’s gonna’ kill it.

1. Gigi Hadid: Host Gigi Hadid ditched the glitz and sequins many chose to don for tonight’s red carpet, opting instead for an off-the-shoulder, sheer-to-there lace Cavalli gown. Bonus? It could totally double as a doily instead when she’s done with it!

2. Keke Palmer:Scream Queen Keke gave us some serious sass in shades and a pink furry overcoat atop little else ― her two-piece chainmail Natalia Fedner ensemble appeared to be hanging by little more than a few threads. Fingers crossed that they hold throughout the show!

3. Laura Murano: Actress/singer Laura Murano gave Keke a run for her money, bringing some serious HEAT in what appears to be a suede getup featuring cut-outs, fringe and thigh-high boots.

4. Tinashe: Tinashe (AKA Britney Spears’s new video partner) threw us all for a loop in this sheer gauzy polka dot Michael Costello number with off-the-shoulder sleeves and a whole lotta’ flounce.

5. Noah Cyrus: Miley’s little sis Noah (who’s been totally twinning with her big sis as of late) also went the sheer route, albeit a far less salacious one than some of her peers — hmmm, maybe she IS different from Miley!

6. James Bey: James singlehandedly proved that red carpet fashion isn’t just for the ladies. In skinny jeans (are those velvet?), a fashionable fedora with flowing locks and a printed silver and black jacket, he was every bit as stylish as his female counterparts.

7. Lauren Elizabeth: Youtube star Lauren Elizabeth was among the classiest of the bunch, channeling old Hollywood glamour in a pastel pink slinky satin gown with a jeweled collar.

8. Lauren Giraldo: The OTHER Lauren on Youtube, Lauren Giraldo, looked like a Vegas showgirl in this glitzy bodysuit with its ballet pink train.

9. Danica McKellar: The Wonder Years star looked absolutely adorable in this lace romper with a perky updo, but it was a bit too laid-back for our liking.

10. Milla Jovavich: Milla showed the younger starlets how the red carpet’s done, rocking the sheer trend while keeping it 100 in this showstopping black Elie Saab frock with star embellishments.

11. Idina Menzel: The recently engaged Idina could’ve sung for The Little Mermaid instead of Frozen in this sheer embellished Thai Nguyen Atelier overlay with a mermaid-tail.

12. Bebe Rexha: Bebe got a little wild in a plunging animal print gown, thigh-high boots and a cut-to-there slit. Me-ow!

13. Bella + Dani Thorne: Bella and Dani showed off their matching rock ‘n’ roll ‘dos on the red carpet, with an androgynous dynamic going on to boot: Dani is dainty and feminine in a slinky silver gown while Bella takes the masculine role on with verve, forgoing a top for some added sass.

14. Kat Graham: Is Kat headed to an awards show or the beach in this sheer black fishnet Labourjoisie number? Given the heels, we’ll go with choice A, though it’s still a tough call.

15. Selena Gomez: The “Kill ‘Em With Kindess” singer debuted a far more mature look than we’re used to seeing from her, with a simple pulled-back pony and a plain fit-to-flare red Prada gown.

16. Rebecca Romijn: Rebecca got in on the sheer front on top, but kept it pure elegance on bottom with a navy taffeta tulle skirt.

17. Heidi Klum: It hasn’t been a great year for Heidi Klum re: fashion. First she totally let us down with her Halloween look, then she showed up tonight wearing… this. The metallic sequined pantsuit was bad enough, but the clown-esque bow-tie really put it over the edge. Our eyes!

18. Hailee Steinfeld: Hailee Steinfeld, on the other hand, NAILED the red carpet in a drapey belted Elie Saab romper with star embellishments and metallic threads. Hands down, our favorite look of the night.

20. Chrissy Teigen: Girl, we love you, but there IS such a thing as too much of a good thing. Yikes!

21. Teyana Taylor: Teyana Taylor’s breathtaking red carpet look is a total 180 from the minimal Flashdance threads she mesmerized the world in in Kanye West’s “Fade” video: In fact, if we didn’t love Hailee’s outfit so much, this might have been a contender for the number one spot.

Who do you think rocked the red carpet the hardest? Tell us over @BritandCo.

Nicole Briese
Nicole is the weekend editor for Brit + Co who loves bringing you all the latest buzz. When she's not busy typing away into the wee hours, you can usually find her canoodling with her fur babies, rooting around in a bookstore, or rocking out at a concert of some sort (Guns N' Roses forever!). Check out all her latest musings and past work at nicolebjean.com.
Halloween
Style News
Halloween Red Carpet