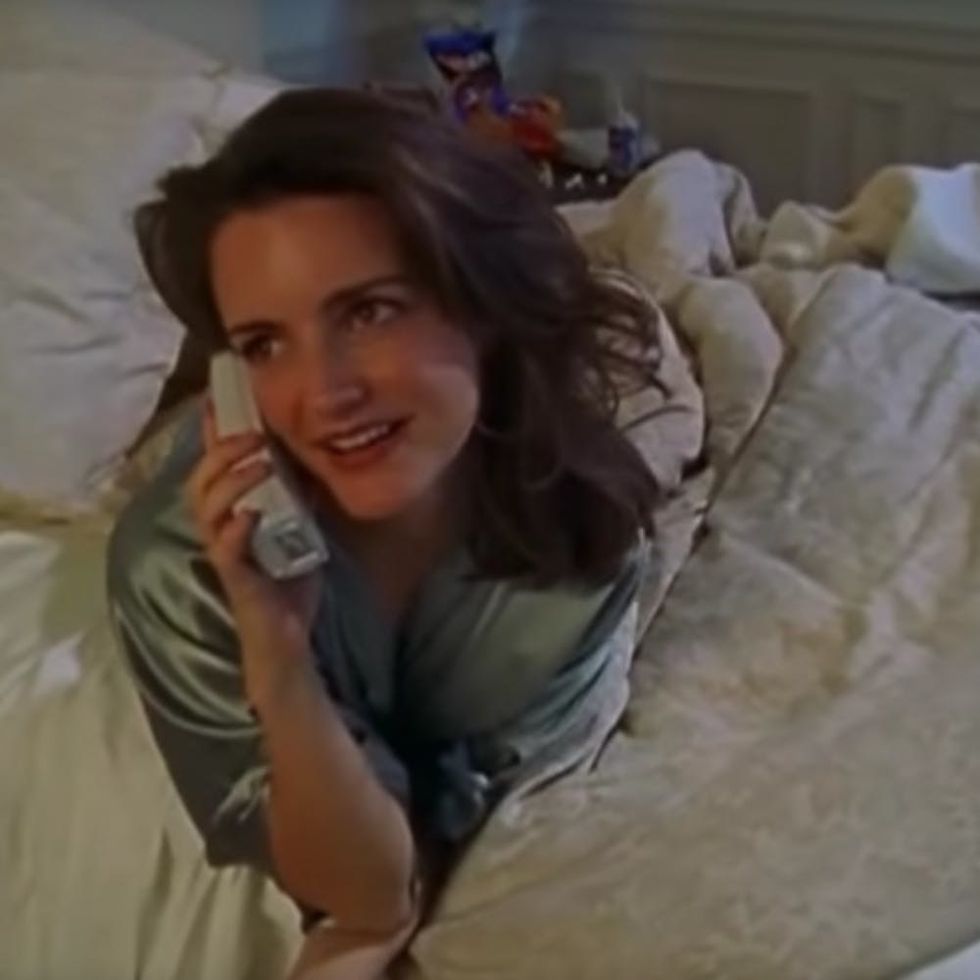 On August 2, 1998, the ninth episode of a new series called Sex and the City first aired on HBO and helped rewrite the rules for how we talk about women’s bodies. These days, the show remains beloved for its four charismatic leads and playful approach to fashion (who wouldn’t raid Carrie’s late-‘90s closet?) and praised for what was then a groundbreaking depiction of single women in their 30s, from their uncensored romantic escapades to vulnerabilities and tough life choices. Though some will still argue that the show offered little more than a materialistic caricature of New York City life, those people are definitely (respectfully) extremely wrong, and they’d need not look any further than season one, episode nine — a half-hour of television that hilariously exemplifies how the series helped pave the way for the #MeToo movement which, 20 years later, is demanding that the world uphold the integrity of women as people.

The episode, titled “The Turtle and the Hare,” revolves around an awakening, of sorts, for prim Upper East Side princess Charlotte York, whose Type-A dedication to landing an eligible husband is momentarily derailed by her discovery of an, um, intimate massager called the Rabbit. Upon first seeing the device at a specialty store with pals Carrie and Miranda, Charlotte coos with characteristic Charlotteness at the pink, rabbit-eared toy: “Look! Oh, it’s so cute. I thought it would be all scary and weird, but it isn’t. It’s pink! For girls! Look. The little bunny has a little face like Peter Rabbit.”

In classic screwball form, the proper and girly Charlotte becomes completely enthralled by the Rabbit’s stimulating powers, and quickly forgoes dating and a social life in favor of quality time at home with her buzzy new friend. Fed up after being repeatedly ditched for a battery-powered wand, Charlotte’s friends stage an intervention and demand that she cough up her waggle-eared companion. Though Charlotte initially takes creative strides to skirt their efforts (“Charlotte, you hid the Rabbit behind a stuffed rabbit? That is so you.”), it’s the otherwise husband-fixated Charlotte’s casual admission that she’d “just rather stay at home with the Rabbit than go out with men” that puts the other three women on high alert. They demand their friend get herself dressed and take her out on the town, where she comes to realize — in Carrie narration voiceover — “that she wasn’t going to settle for herself.” The Rabbit is fine and good, but the companion Charlotte really wants is made of flesh and blood, not pink plastic, and she knows it.

Watching “The Turtle and the Hare” through 2018 eyes, it’s clear that 20 years of social and technological development (like, oh, the digital information revolution) have changed the way we approach taboo subjects, period, regardless of the ways those taboos have evolved. It’s hard to imagine any current TV show building an entire episode around a button-pushing conversation by leaning into its comedic shock value; in an age when we all carry tiny computers in our pockets that can answer just about any question we ask in an instant, what is there even to be deliciously shocked about? But the point is that the episode was made, and was funny, because in 1998 the idea of a woman shamelessly taking her desire into her own hands (so to speak) wasn’t yet taken for granted as a mundane aspect of human existence. Like, of course there are grown adult women who have Rabbit-like items in their nightstands, a 2018 viewer might think if the episode were made today. Yawn! Next?

In 1998, though, the shame and cultural hangups around women’s ownership of their own sexuality put a damper on frank discussions about women’s wants and needs, which helped perpetuate the harmful illusion that women didn’t know what their wants and needs were — that is, that women weren’t independent authors of their own bodily choices and needed a man to give them what they really wanted. (Never mind the needs of LGBTQ+ women, a demographic whose members were treated as more or less bizarre curiosities by 1990s pop culture.)

It’s that frame of mind that led, also in 1998, to a 24-year-old ex-White House intern being made into a national punchline for having had an affair with her older, married boss who just so happened to be the president of the United States, while (despite related legal proceedings) his sheer abuse of power in the situation remained mostly unchecked. And, it’s precisely the erasure of women’s bodily autonomy that enabled powerful men like Harvey Weinstein, at the top of his influence in 1998, to develop reputations as predators of women without consequence.

Today, the issue of “consent” dominates conversations about gender equality and women’s safety. We’re getting better about acknowledging that no means no and yes means yes, and that a violation of these clearly-drawn boundaries isn’t right. But you can’t have a conversation about consent without first recognizing that women are people who can make choices about what they want in the first place, by knowing beyond a doubt that women aren’t passive damsels to be conquered like a prize. And, by putting comparably demure Charlotte under the Rabbit’s spell, Sex and the City creators were saying exactly that: Women, even so-called “good girls,” have needs just like anybody else because, hello and duh, they’re human beings too. By extension, that statement also drives home how it’s wrong to presume that a woman can be talked in or out of a situation based on the whims or credentials of a man, or any person in power, because a woman already knows what she wants and has the agency to decide whether or not to pursue it. It lays the groundwork for respect, which forms the basis for equality.

It took nearly 20 years from the airing of the Rabbit episode for the #MeToo movement to gain momentum in demanding accountability from men who’d held women’s bodily autonomy in disregard, and who felt entitled to bully or coerce their way to whatever they felt they should have. It has taken even longer for this behavior, and the presumptions that fuel it, to become eradicated altogether. But, partly by way of the Rabbit, Sex and the City carved out space in pop culture for normalizing the idea of women as masters of our bodies, our hearts, and ourselves, and invited others to follow their lead. Here’s hoping more people pick up on the message.

Kelli Korducki
Kelli is Brit + Co's Senior News Editor. Her interests include sensible footwear and glasses that take up 25 percent of her face.
Feminism
Empowerment
FeminismTV

Anxiety Rings That Will Keep You From Biting Your Nails