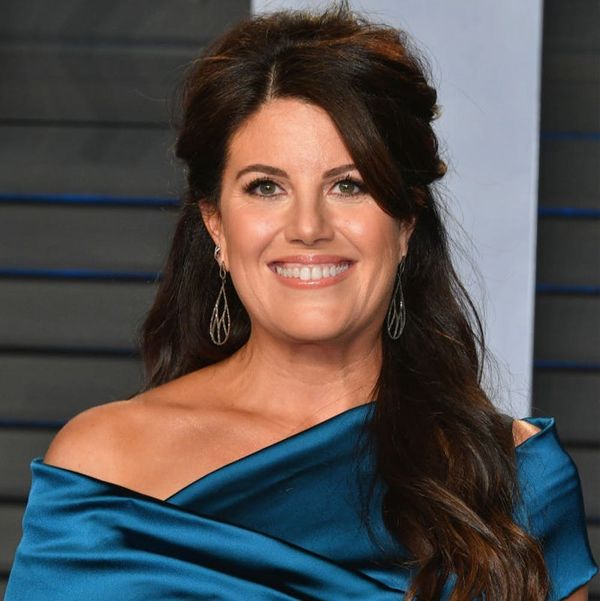 Activist, writer, and handbag designer Monica Lewinsky is speaking out after she was reportedly disinvited from an event hosted by a magazine and, in so doing, turning attention to how much further the #MeToo movement has to go.

Lewinsky tweeted on Wednesday that she had an invitation pulled for an event hosted by a magazine that was centered on social change after Bill Clinton had decided to also attend. “Emily Post would def not approve,” Lewinsky said, citing the famous author and etiquette expert to chide the magazine for its rudeness. HuffPost would later report that the magazine in question was Town & Country; according to CNN, the event was the magazine’s fifth annual Philanthropy Summit. Students from Marjory Stoneman Douglas High School, including Emma González, were panelists at the event, and were introduced by Clinton.

Lewinsky, of course, was thrown into the national spotlight in the late 1990s when it was revealed that she and Clinton had an affair while she was an intern at the White House. For lying about the affair, in which a seriously huge power dynamic was at play and during which Lewinsky was barely out of her teens, Clinton was impeached by the House of Representatives. And though she hadn’t done anything wrong, it was Lewinsky (much more than Clinton) who, for years, was vilified in the press and treated like a punchline.

dear world:
please don't invite me to an event (esp one about social change) and –then after i've accepted– uninvite me because bill clinton then decided to attend/was invited.
it's 2018.
emily post would def not approve.
✌🏼Me

In an essay she wrote for Vanity Fair in March, Lewinsky said that the investigation into Clinton made her life a “living hell” and that she has suffered from post-traumatic stress disorder as a result of the bullying she endured after the affair was made public.

She also wrote that women coming forward to speak out against powerful men in the renewed #MeToo moment have helped her deal with her own trauma: “Given my PTSD and my understanding of trauma, it’s very likely that my thinking would not necessarily be changing at this time had it not been for the #MeToo movement—not only because of the new lens it has provided but also because of how it has offered new avenues toward the safety that comes from solidarity.”

In recent years, Lewinsky has emerged as an anti-bullying activist, a writer, and a bit of a popular personality on Twitter. She has given a TED Talk about bullying on social media and launched a bullying prevention public service announcement campaign called “In Real Life” last year.

After news broke that it was Town & Country that had dissed Lewinsky, the magazine issued a brief apology on Twitter. On Thursday morning the magazine’s account tweeted, “We apologize to Ms. Lewinsky and regret the way the situation was handled.”

We apologize to Ms. Lewinsky and regret the way the situation was handled.

After years of being ostracized, vilified, and traumatized, Lewinsky certainly doesn’t deserve to be snubbed because Clinton (who never sought to defend her) was invited. Particularly in a moment where many institutions are at least paying lip-service to women’s empowerment and safety, one can only hope this moment will serve as a lesson.