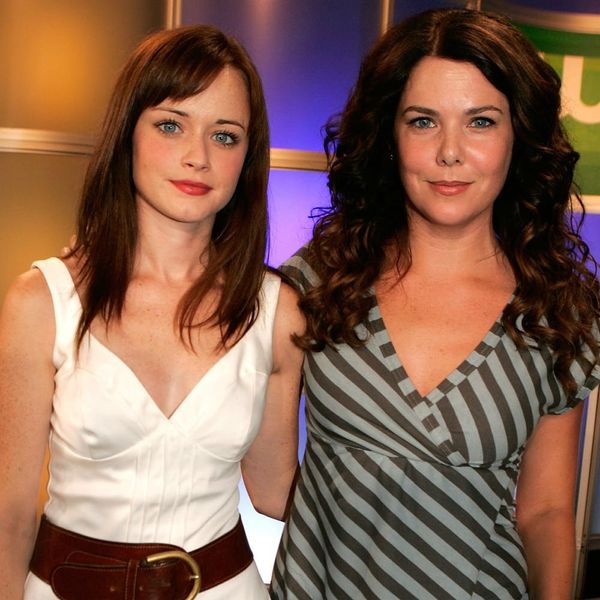 If you’re a Gilmore Girls fan (have you seen the sneak peek photos?) and you can’t deal with spoilers, *turn away NOW* — this post is not for you. For those that read on, know you’re doing so at your own risk, and we can’t be responsible for the heartbreak you may endure!

We already told you that the show’s revival will definitely be including a wedding of some sort, but according to David Sutcliffe, who plays Rory’s father, that wedding likely WON’T be Rory and Dean’s.

In an accidental bean spill to USA Today, the actor said, “You know, I liked all the young actors that played her boyfriends. I know they’re not going to end up together but Rory and Dean seem like a good couple.”

Wait, WHAT? Does this have anything to do with Logan’s reappearance? We’re not entirely sure, but we DO now know that Dean will only have a passing role — he has just one single fleeting scene, which actor Jared Padalecki spoke to at a recent convention.

“Creator Amy Sherman-Palladino] basically said ‘Listen, we’re going to write you a really cool scene and if you get a day off let us know and we will just put your scene on the schedule for that day.’ So Dean has a cool scene at a market he used to work at. It’s a nice, a really nice scene that gave me closure.”

Closure for YOU, maybe: We’re gonna’ need a sec to process this all!

Are you beyond bummed to hear this GG news? Commiserate with us over at @BritandCo!

Nicole Briese
Nicole is the weekend editor for Brit + Co who loves bringing you all the latest buzz. When she's not busy typing away into the wee hours, you can usually find her canoodling with her fur babies, rooting around in a bookstore, or rocking out at a concert of some sort (Guns N' Roses forever!). Check out all her latest musings and past work at nicolebjean.com.
Netflix
Most Recent
Netflix