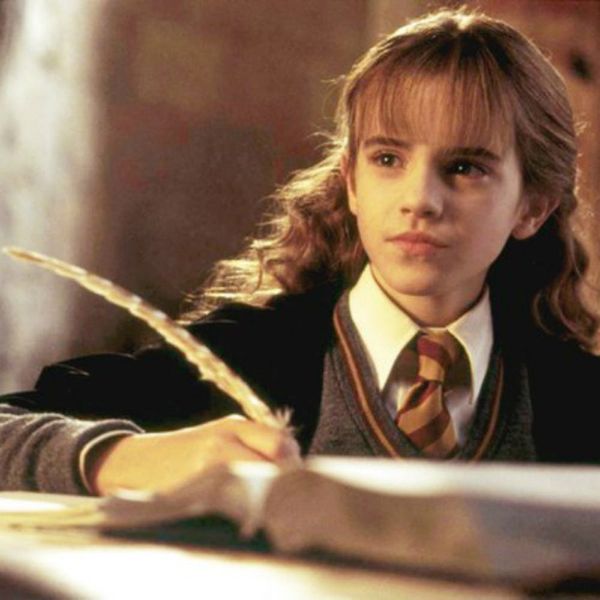 Many cosmetics companies partner with brands we love, like MAC’s Star Trek collection, which was released in honor of the series’ 50th anniversary this year. But many fans of other beloved characters have only ever been able to imagine what our makeup inspiration would look like. Back in the fall, we had these Harry Potter-themed makeup palettes teasing us, and then Storybook Cosmetics came along with their Harry Potter set. Now, the company is preparing to launch their next Harry-themed makeup product, and it’s more than we could have hoped for.

Storybook Cosmetics, which is run by a set of identical triplet sisters from Omaha, announced their latest inspiration: Quill & Ink, a pot of gel eyeliner with a golden quill applicator. How very Hogwarts.

The sisters’ love of the Potterverse runs deep, which their entire yet-to-be released collection can attest to. With their eye shadow palette, magic wand makeup applicator brushes and now the Quill & Ink, it’s clear that these girls are taking their love of HP and making a career out of it.

But it’s not just Harry Potter that the sisters love. Take one look at their Instagram account, and you’ll see teasers for Game of Thrones, The Wizard of Oz, and Shakespearean classics. These girls are working hard at perfecting their look, getting all their palettes ready and, presumably, taking the makeup world by storm in 2017.

We’re loving how much they’re teasing us with these little hints. Give them a follow to make sure you don’t miss out on each exciting product’s run.

Will you be trying to get your hands on some Harry-themed makeup in 2017? Tell us @Britandco!

Kat Armstrong
Kat has been a writer, social media maven and mom for longer than she's willing to admit. She's also spent time in front of and behind the camera, interviewing celebs, politicians and acting as a producer for fashion and artistic photography shoots. When she isn't writing for various orgs and publications, she's hanging with her kids, husband and French Bulldog, Peter, in Toronto, Canada.
Beauty Products
Beauty Products
Beauty Products Harry Potter
More From Beauty Products