This Is the Disease Affecting Gigi Hadid’s Weight 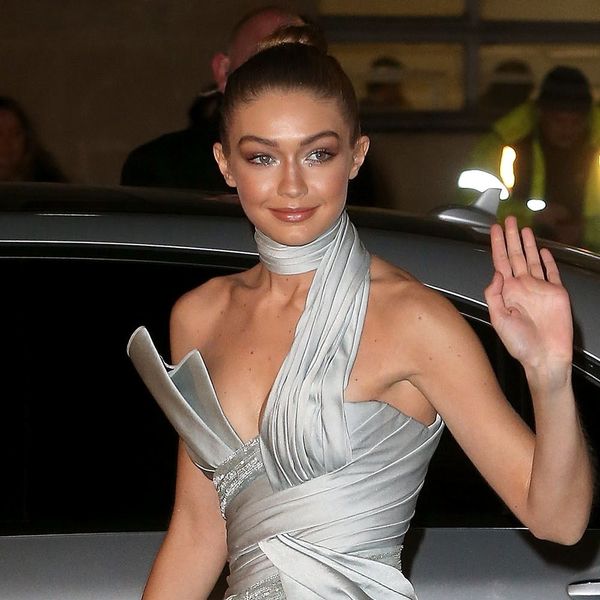 We don’t know about you, but from where we were sitting, Gigi Hadid looked pretty much flawless while walking the catwalk at the Victoria’s Secret fashion show (which, as fellow VS model Jasmine Tookes can attest, is no doubt due to plenty of hard work).

Yet, as Gigi recently revealed, whipping her bod into shape wasn’t as simple as clean eating and working out. That’s because she’s got a disease that actually affects her weight. Uh, come again?

Despite the fact that both her mother and her sister have both been open about their struggles with Lyme disease, we never would’ve guessed that Gigi was anything less than the picture of health — at least not by looking at her.

Lyme disease isn’t what’s giving the 21-year-old model struggle, though. Instead, she revealed to Elle magazine that she actually suffers from what is called Hashimoto’s disease: the same autoimmune issue affecting actress Zoe Saldana.

The condition essentially attacks your thyroid, and sufferers can experience swelling at the throat, enlargement of the tongue, muscle aches and pains, pale and dry skin, fatigue and unexplained weight gain or loss (a big deal when you’re a model trying to maintain your weight!), in addition to mental disturbances, such as depression or memory lapses.

Whoa. That’s a lot to take in. While treatment exists in the form of medication, it’s something that needs constant monitoring. “My metabolism actually changed like crazy this year,” Gigi told the outlet. “It’s now been two years since I’ve been taking the medication for it, so for the VS show I didn’t want to lose any more weight, I just wanted to have muscles in the right place, and if my butt can get a little perkier, then that’s good,” she said.

It definitely didn’t seem to slow her down: Not only did she reveal her workout secrets to the mag (a sticky note on the fridge to remind her to do 15 squats with every passing), she also said she works it out at the gym by boxing with the fellas.’ Atta girl!

We’re feeling awful lazy all of a sudden… womp, womp. But seriously, good for you, Gig, for not only being brave enough to share your story, but for not letting it rule your world.

Are you surprised by Gigi’s revelation? Share with us @BritandCo.

Nicole Briese
Nicole is the weekend editor for Brit + Co who loves bringing you all the latest buzz. When she's not busy typing away into the wee hours, you can usually find her canoodling with her fur babies, rooting around in a bookstore, or rocking out at a concert of some sort (Guns N' Roses forever!). Check out all her latest musings and past work at nicolebjean.com.
Victoria's Secret
Celebrity News
Victoria's Secret Womens Health