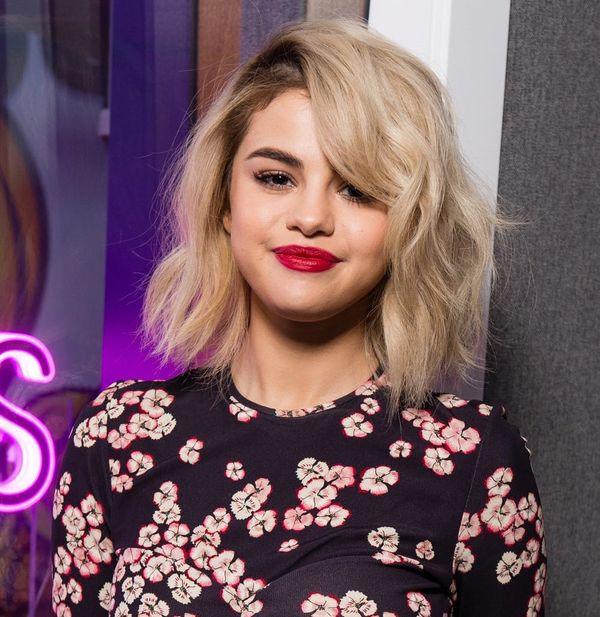 Selena Gomez’s dedication to 13 Reasons Why as its executive producer hasn’t eased at all when it comes to the hit Netflix show’s second season. And her continued dedication is incredibly emotional for a very specific reason.

In 2017, the 25-year-old star, who battles Lupus, underwent a kidney transplant. Though it took Gomez months to recover from the lifesaving procedure, she was apparently still fully dedicated to the series she helped bring to the screen.

“She really was such a big part of getting the show made in the first place,” cast member Miles Heizer told Us Weekly while thanking the “Wolves” singer for staying with the series despite the health issues she’s faced.

Heizer, who plays Alex Standall, explained that Gomez is a huge inspiration for the cast and that she was a source of support and encouragement amid “the controversy that’s surrounded the show.” The series’ portrayal of sensitive issues, including teen suicide and sexual assault, has drawn both praise and criticism — a mixed reception that’s no doubt been stressful for its young cast.

But, according to Heizer, Gomez has been a source of encouragement throughout.

“She’s always been there; I think [what she went through with the kidney transplant] is very scary and very stressful and ultimately just glad that she’s okay and that everything’s going well for her right now. It’s terrifying. I’m just glad she’s okay.”

Gomez continues to recuperate, having updated fans about the show’s second season on Instagram back in December. Sharing photo booth pics that showed her and several 13 Reasons Why cast members celebrating the wrap of the second season, she added the caption: “And this year wraps up with another committed journey with @13reasonswhy — Season 2 is coming. To every person on this project, thank you for coming back. Good or bad we are committed to having the tough conversations, to telling the story that can start change.”

No premiere date has been announced yet for the second season of 13 Reasons Why, but we can only hope it will be sooner rather than later.

Are you surprised that Selena Gomez was still involved with the second season of 13 Reasons Why even though she was going through a kidney transplant? Let us know @BritandCo!

Desiree O
Desirée O is a ‘Professional Bohemian’ who loves anything and everything related to the arts, entertainment, and pop culture. She ADORES being a ‘Newsy’ for Brit + Co, covering all of the latest tidbits of awesomeness that you want to read about. When she’s not writing, she’s either making messy art, going on long adventurous walks with her camera, or poking around over at bohemianizm (http://www.bohemianizm.com/). You can find out about Desirée O and her work at http://DesireeO.com/ or follow her on Twitter @DesireeO.
Selena Gomez
TV
Selena Gomez
More From TV