“This Is Us” Star Justin Hartley Just Got Hitched! 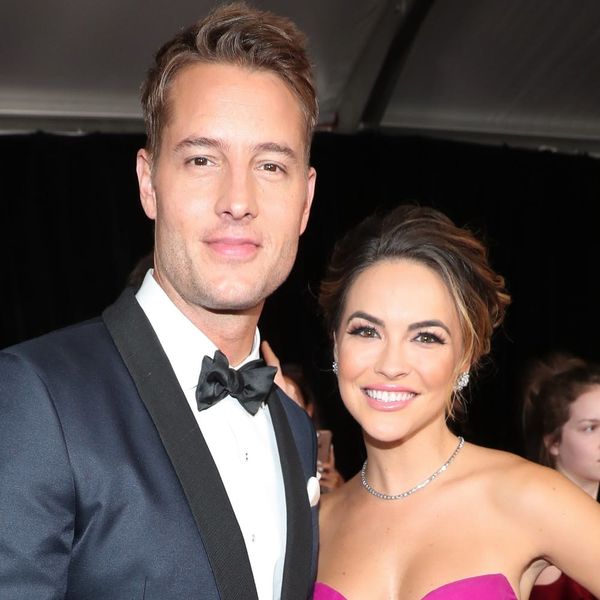 This Is Us’ Kevin Pearson may be on rocky ground when it comes to his relationships, having humiliated Sophie at her celebrity auction, but when it comes to the actor that plays him, 40-year-old Justin Hartley, they couldn’t be more golden. The NBC starred tied the knot with his RL love, Chrishell Stause, after four years of dating, in an intimate ceremony that took place at the Calamigos Ranch in Malibu.

The 36-year-old bride, who you may recognize from All My Children and Days of Our Lives, confirmed the news to People, saying, “They don’t make them any better than Justin, and I could not be more thrilled to officially be Mrs. Hartley!”

While photos of the pair’s big day have yet to be released, she reportedly stunned in a Monique Lhuillier gown “with spaghetti straps and a big pouffy feathered skirt,” with her bridesmaids serving up a pop of color in pink.

The couple wrote their own vows, and the soap opera starlet got major laughs when she promised to always be there for her hubby, “just like the Dodgers in the World Series.”

Looking on was much of the This Is Us fam, including recently engaged star Mandy Moore, Sterling K. Brown, Milo Ventimiglia, Chrissy Metz, Susan Watkins, and Chris Sullivan.

Check it out this morning on @megyntoday! #ThisIsUs

At the reception, the newlyweds are said to have danced to crowd-favorite “Do you Love Me” by The Contours. “The wedding exceeded anything I could have ever imagined,” the newlywed Mrs. Hartley gushed to People.

We cannot WAIT to see the pics!

Who’s your fave This Is Us star? Tweet us @BritandCo.