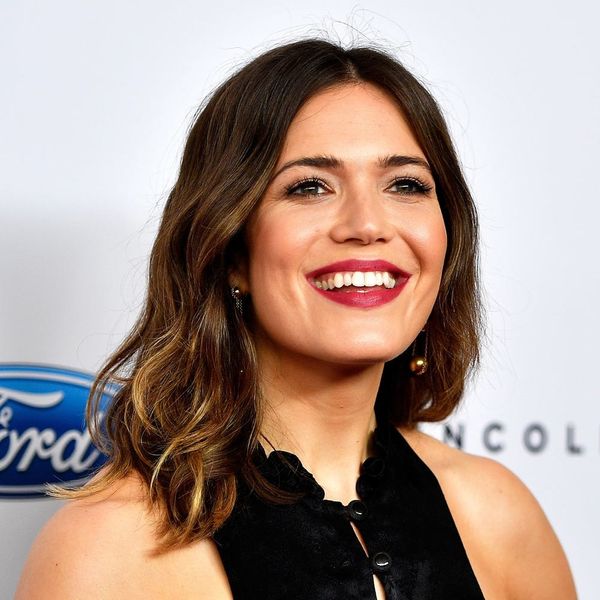 When Mandy Moore recently got engaged to Dawes frontman Taylor Goldsmith, she immediately shared the news with her This Is Us costars via group text. Chris Sullivan (AKA Toby) and Jon Huertas (AKA Miguel) couldn’t hide their excitement for the “incredible couple,” and now, Moore’s on-screen children are chiming in on the news. It is, predictably, adorable.

Speaking to ET, Sterling K. Brown and Justin Hartley — AKA Randall and Kevin, two of the “Big Three” Pearson kids on the show — gushed about Moore and Goldsmith’s relationship.

“I told her, ‘Welcome to the club.’ It’s a great club to be in,” Hartley, who is engaged to actor Chrishell Stause, said. “I’ve spent enough time with them to know they don’t need advice,” he continued. “They’re a happy, happy couple. So it’s really great to be around; it’s fantastic.”

Sterling K. Brown echoed Hartley’s sentiment, sending his love to Moore and speaking in admiration of her relationship with Goldsmith. “Hugs and kisses and all love,” he said. “She sent [the news] on our text thread when she showed us the ring, and we were all so excited for her. Taylor’s such a great guy, and they’re so beautiful together. I couldn’t be happier for her.”

The family that slays together, stays together! thank you @the_hollywood_reporter for a dope ass cover! #thisisus

The Pearson family dynamic, both on- and off-screen, is truly a thing of beauty. Moore and costar Milo Ventimiglia’s on-screen marriage makes them one of TV’s best couples ever, and we’ve seen just how supportive they are IRL too: When Moore accidentally gave herself a black eye, some of the cast and crew gave themselves faux shiners to match.

Summing up his happiness for Moore, Hartley expressed a sentiment that we can always get behind, but especially for this amazing “family.”

“Anytime you can be around someone that finds happiness like that, and they found happiness in each other, I’m a huge fan of that.” Us too, guys.

What do you think of the bond between the This Is Us cast? Let us know @BritandCo!