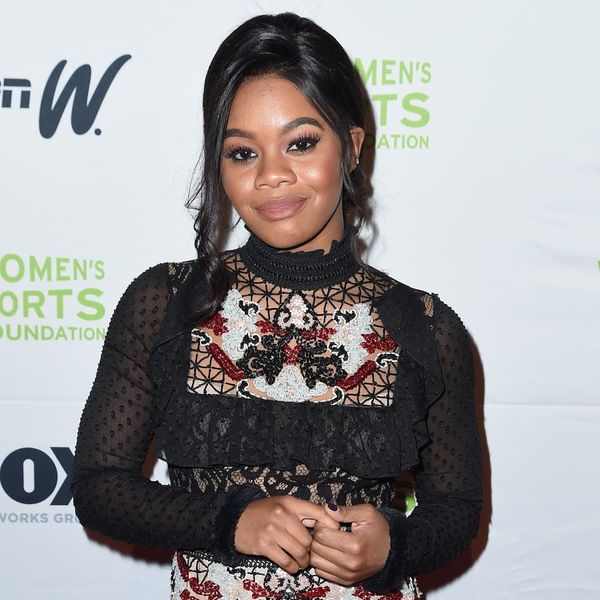 Yesterday, victim impact statements started to be read during former USA Gymnastics doctor Larry Nassar’s sentencing on seven charges of sexual assault. Of the 125 estimated victims, the courts are expecting that up to 88 (or more) will read their statements.

The first victim to read her statement yesterday was Kyle Stephens, the daughter of former friends of Nassar’s whose statement was both shocking and brave in its delivery.

“Without my knowledge or consent I had engaged in my first sexual experience by kindergarten and had joined an overwhelming statistic of sexual abuse victims,” Stephens said in her harrowing testimony. Stephens also said that Nassar began abusing her at six years old, but that he convinced her parents that she was lying when she spoke up. She wanted to come forward to let the world know how she was abused as the only non-medical victim of Nassar.

“You used my body for six years for your own sexual gratification. That is unforgivable. I’ve told counselors your name in hopes that they would report you. I have reported you to child protective services twice. I gave a testament to get your medical license revoked.”

Being the first person to come forward against the convicted abuser, Stephens looked directly at Nassar while bravely letting him know that she wouldn’t let him go on hurting others. “I testify to let the world know that you are a repulsive liar and that those “treatments” were pathetically veiled sexual abuse.”

“Perhaps you have figured it out by now, but little girls don’t stay little forever. They grow into strong women who return to destroy your world.” In her statement, Stephens also said that her father’s suicide was a direct response to the abuse that she suffered at the doctor’s hands.

Following Stephens’ testimony, Donna Markham spoke on behalf of her daughter Chelsea, who took her own life in 2003 — something Markham attributed to the abuse Chelsea suffered at Nassar’s hands. Other women went on to discuss how the doctor insisted he was performing medically necessary treatments when called out for misconduct, with one former athlete saying that, at one time, the doctor managed to assault her while her mother was in the room.

With several of the victims also pointing fingers at USA Gymnastics for their seemingly complicit actions around Nassar’s volunteer job with the young athletes, many may look to the organization to accept responsibility, especially in light of Olympian McKayla Maroney’s lawsuit filed in December against the organization.

Have you been following Larry Nassar’s trial? Let us know @BritandCo!