This Texas Lawmaker Shattered a Table During an Anti-Abortion Hearing 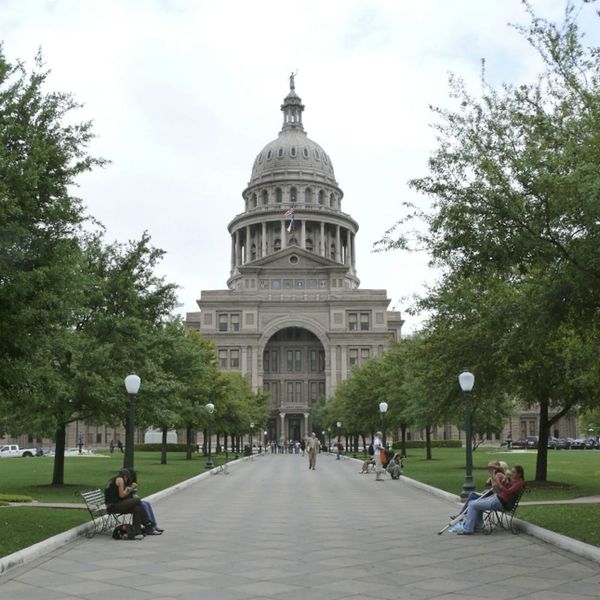 While most of us believe that it’s important to continue to stand with Planned Parenthood, lawmakers across the country are looking for ways to remove a number of health measures from women’s access. Texas seems to be leading the charge, after having voted to officially defund Planned Parenthood back in December. During hearings regarding a tabled anti-abortion bill in the state, one senator got so angry he smashed a glass table.

Earlier this week, Senator Charles Schwertner introduced and defended a bill that would ban most women from donating fetal tissue to science after their procedure. Part of his legislation would also mandate all aborted fetuses be cremated or buried, and would scrap the ability for women to receive the safest procedure possible if she required an abortion.

When his bill was opened up to the floor, Schwertner became agitated when a speaker, an intern with NARAL Pro-Choice Texas, began her testimony against the bill. “I’m here on behalf of all absent women, families and doctors across the state whose lives will be negatively impacted by this bill,” she said. She then proceeded to discredit the bill using scientific and health-related facts, which upset Schwertner very much. Within a few minutes, he was yelling that her time was up, and then he used his gavel to smash the top of the glass table he was sitting at.

Schwertner hit the table so hard w/ his gavel demanding that our intern stop talking during her testimony that he broke the glass. #txlege pic.twitter.com/2eZmOz0Cq5

While the intern continued until the glass-smashing incident, the Senator clearly did not want to be challenged on a bill he created, even though it does not affect his own reproductive rights. Time will tell which parts of this bill are passed, but one more thing is clear from this event: The more people resist, even if it’s off-putting, their voices will be heard.

Have you ever spoken at a public hearing? Share your experience @BritandCo!

Kat Armstrong
Kat has been a writer, social media maven and mom for longer than she's willing to admit. She's also spent time in front of and behind the camera, interviewing celebs, politicians and acting as a producer for fashion and artistic photography shoots. When she isn't writing for various orgs and publications, she's hanging with her kids, husband and French Bulldog, Peter, in Toronto, Canada.
Politics
Politics
Politics Womens Health