This Unexpected Bachelor Couple Just Made Their Relationship Instagram-Official 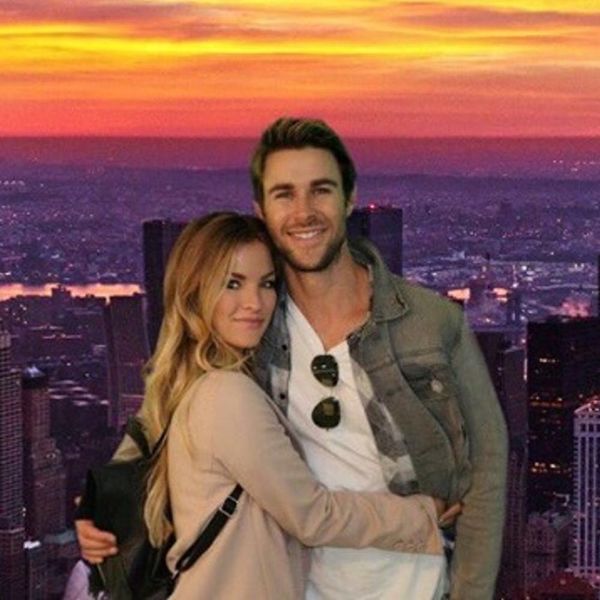 It’s a relationship rollercoaster in the Bachelor universe right now. Ben Higgins called off his wedding to Lauren Bushnell, though he insists that they’re in a totally happy place, The Bachelor in Paradise couple Grant Kemp and Lace Morris (AKA “Grace”) have just called it quits, and the latest Bachelor, Nick Viall, may already be engaged. Now a totally unexpected couple from the matchmaking reality series has made their relationship Instagram-official, and we know you’re gonna love it.

Though no roses have been exchanged between this couple (at least not in front of the cameras and millions of viewers), Becca Tilley and Robert Graham — who have been teasing fans for weeks with pics together — have confirmed that they are in a relationship, with a professionally made video showing them getting kissy and snuggly and all kinds of cuddly in Greece.

Robert posted the clip to Instagram revealing, “I had this video secretly made while we were in Greece 😏 Becca didn’t know I was doing it, and I’m pretty sure was annoyed with me 20-60% of the time I asked her to go to random places while @joonaskent (sort of) undercover filmed us…. worth it @beccatilley.” Yep, no doubt that these two are together and totally adorable.

Becca even took it a step further, telling Us Weekly at their KIIS FM’s Jingle Ball 2016 in Los Angeles on Friday, “I am dating Robert. It’s fun. We’ve been friends for a long time and it was just a natural progression, and he’s just amazing and been patient with me…I need someone that’s patient and willing to deal with me, and he’s been that way. So it’s been fun, it’s been an easy transition.” OMG, so sweet!

If you remember, Becca appeared on the 19th season of The Bachelor, ending up as the runner-up in the competition for Chris Soules’ heart while gaining a rep as a very vocal virgin. She also showed up during the next season, aiming for a relationship with Ben Higgins (yep, the same one mentioned above), but only made it to the fifth spot.

Robert came into the action during season nine of The Bachelorette, featuring Desiree Hartsock, as well as the first season of Bachelor in Paradise.

Though they didn’t happen to find love on the show, we’re thrilled to find out they may have still stumbled upon their happily-ever-after.

Are you surprised to find out about Becca and Robert? Tweet us @BritandCo!