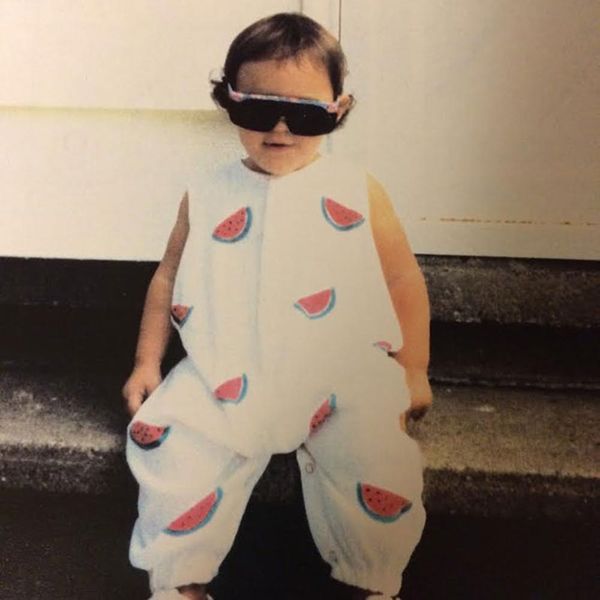 We’re now at part three (part two for girls) in our hunt for lost nickname baby names worth reappraising and this time it’s girls’ baby names that have never ranked on the top 1000 list. Consider them as fresh nicknames for classic baby name faves, or for possible use on their own.

1. Barra (Barbara) — More unusual and softer than the traditional Bobbie, Barbie and Babs, Barra is also the name of a Gaelic-speaking island in the Outer Hebrides in Scotland, as well as a word name in Portuguese and Arabic — and a male name in Ireland. The actress daughter of early Miss America and later politician Bess Meyerson was named Barbara but always known as Barra.

2. Beah (Beatrice) — One of the less common short forms of Beatrice, it was borne by actress Beah Richards — who was originally named Beulah. In addition to Bea, some parents are now looking at Bee as a cute nature-name middle possibility.

3. Drea (Andrea) — Actress Drea de Matteo, known for her roles on The Sopranos, Desperate Housewives and Sons of Anarchy, showed that this shortening could stand on its own. Even if she was christened Andrea.

4. Fifi (Josephine) — An alternative to the more common Josephine nickname Josie, this one comes with a French accent. It’s also occasionally used as a nickname for Sophie. Similar sassy choices include Gigi, Kiki, Lulu and Coco.

5. Fritzi (Frederica) — Actually a German short form of Friederike, Fritzi was the name of an old glamorous comic strip character and has a certain measure of quirky spunk. Cousin name Mitzi, on the other hand, has made many appearances on the Social Security list — on continuously from 1930 to 1975.

6. Izzy/Izzie (Isabel, Isabella, Isadora) — There was a time when the name Izzy conjured up a balding, cigar-chomping pinochle player; this was before the meteoric rise of Isabel and Isabella, and before it was glamorized by Isobel “Izzie” Stevens, the Katherine Heigl character on Grey’s Anatomy.

7. Katica (Katherine) — And you thought you knew all the variations and nicknames for Katherine, from Kathy to Kitty to Kat. Well, although this dainty one has rarely been heard in this country, it is not uncommon in places like Hungary and Czechoslovakia and has definite stand-alone potential.

8. Livy/Livvy (Olivia) — Though the shorter form Liv has come back — largely through actress Liv Tyler — this extended version has not. I’ve always remembered it from a biography of Mark Twain I read as a child, in which he called his wife Olivia by her childhood nickname Livy. Livvy was also the nickname used for Olivia Walton on The Waltons. More recently, young Livvy Stubenrauch was the charming voice of Young Anna in Frozen.

9. Ouisa (Louisa) — Ouisa, pronounced Weeza, was the character played by Shirley Maclaine in Steel Magnolias, and has been used as a nickname for Louisa, Louise and Louisiana. Louise Jefferson, on The Jeffersons, was referred to as the phonetic Weezie by her husband.

10. Posy (Josephine) — Take Josie a step further and you get to Posy, a name at once sweet, perky and floral. Maybe it will get more attention via its role as a little sister in the Hunger Games franchise, and some might remember the character Posy Fossil in the childhood classic Ballet Shoes. British cartoonist Posy Simmonds was born Rosemary. Go figure.

11. Prue/Pru (Prudence) — With a lot more vintage charm than Sue, Pru goes all the way back in time to an 1695 Congreve play, and was also one of the witchy P-starting characters on Charmed, played by Shannen Doherty. In 2008, AOL named that Prue the tenth greatest witch in TV history.

12. Sukey/Sukie (Susan, Susannah) — Once a not uncommon nickname for Susan, it’s rarely heard today. In The Witches of Eastwick, based on a John Updike novel, Sukie was the name of Michelle Pfeiffer’s character, and on The Gilmore Girls it was worn by one of Lorelai’s friends. It’s most familiar these days in the Sookie spelling, as in Sookie Stackhouse on True Blood.

13. Vivi (Vivian, Vivienne) — We’re hearing this more and more lately, used by such celebs as Rosie O’Donnell and the Jolie-Pitts for their Viviennes. Could a name be more vivid or vivacious?

14. Winnet — One of the more unusual names on the list, Winnet was used as a diminutive of Winifred in 18th-19th century America. She could fit in with current et/ette-ending trend names and as another road to Winnie.

15. Zuzu (Susan) — In the enduring Christmas classic, It’s a Wonderful Life, Zuzu is the name of the engaging young daughter of the Jimmy Stewart character. It’s a Czech diminutive of Susan/Zuzanna, and was used for her daughter by Top Chef’s Tania Peterson.

Which of these vintage baby girl nicknames is your fave? Weigh in on the comment section below.

This post was originally published on Nameberry by Linda Rosenkrantz.

- -
Nameberry is the expert baby names resource, with thousands of names and unique lists, a vibrant community, and fresh content daily, all designed to help you find the baby name you'll love for a lifetime.
nameberry
Parenting
nameberry
More From Parenting