14 Tilapia Recipes to Make When You’re Bored of Chicken 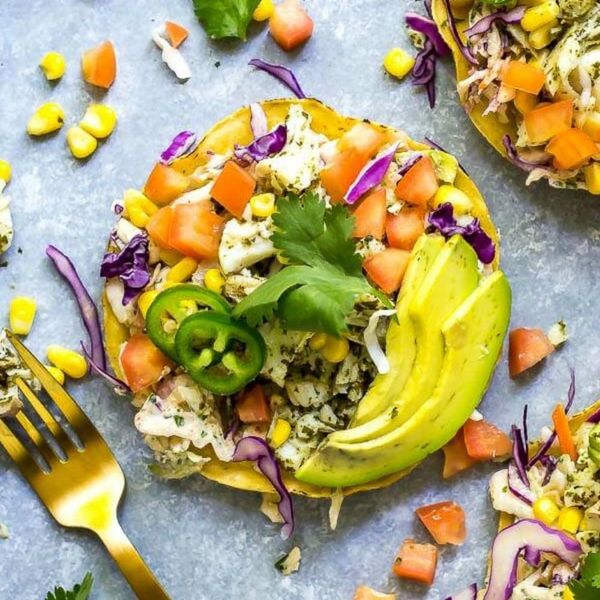 Chicken is a go-to for busy nights, when you want a healthy meal but don’t have a ton of time to put something together. But fish, from easy shrimp dinners to light seafood recipes, is just as simple to make when you’re in a rush. And white fish isn’t just delicious — it’s a healthy, low-carb protein source just like chicken. Tilapia is inexpensive, and takes to marinades and sauces like nothing else. These 14 tilapia recipes are perfect for those nights when you don’t have much time, but are bored of eating chicken.

Tilapia With Prosciutto and Sage

Flaky tilapia becomes a decadent dinner when given the Italian treatment. It’s wrapped in salty prosciutto and woodsy sage, becoming infused with flavor. (via The Lemon Press)

Tangy yogurt keeps tilapia extra-moist, so it won’t dry out like flaky white fish sometimes can. Add lime juice, cilantro, and minced jalapeño to offset the creaminess. (via Tasty Seasons)

Marinated in a flavorful blend of lime juice, garlic, lime leaves, tomato, and more, this tilapia is broiled until it gets nice and crispy on both sides. (via Daily Cooking Quest)

Treating your fish like chicken isn’t such a bad idea. Here, tilapia is swapped for chicken in a recipe for pasta piccata, then loaded with lemon and capers. (via Killing Thyme)

Once you make your own fish sticks, you’ll never go back to frozen. These are breaded in corn flakes for extra crunch. (via Grandbaby Cakes)

The salsa atop this tilapia is a little unique compared to what you might be used to. It’s based on the style found in the Mexican city of Veracruz, which features olives, tomatoes, and capers. (via Culinary Ginger)

Sweet, roasted red peppers blend into a creamy sauce in this recipe. Add some Parmesan for deeper flavor, and pour the sauce over pan-fried tilapia filets. (via Cooktoria)

Baked Tilapia With Parmesan and Panko

Instead of frying your fish, try baking it. In the oven, Parmesan and panko create a crispy coating for your tilapia. (via Mutt and Chops)

Skip the fish tacos and pile your tilapia atop a crispy tostada instead. Add salsa verde and a tangle of crunchy slaw for even more flavor and texture. (via The Girl on Bloor)

For a fresh and tasty summer meal, look no further than tomatoes and basil. Pan sear your tilapia, then top it with the fresh and easy sauce. (via Eatwell 101)

Tilapia With Fried Capers and Lemon

It’s hard to beat the winning combination of seafood and lemon, but this dish tries. It adds in a bed of peppery arugula and salty fried capers to create dynamic flavors on your plate. (via Foraged Dish)

A great tasting-meal doesn’t have to be complicated — just move your cooking station to the grill. Tilapia, basted in lime juice and garlic-herb butter, gets smokey and tender in minutes. (via Farm to Table)

Skip the tomato salsa and top your fish tacos with elotes, Mexican corn made with mayo, cilantro, and lime juice. Add blackening spices so the fish gets a kick of flavor that can stand up to the creamy corn. (via Cooking for Keeps)

Tilapia is breaded and fried, then topped with stewed tomatoes to make this cozy dish. Serve with yellow rice for a pleasant contrast in the colors on your plate. (via My Life Cookbook)
Justina Huddleston
Justina Huddleston is a food writer living in Los Angeles. When she's not busy writing, she spends her time in the kitchen creating both virtuous and decidedly junky vegan food. Buffalo chickpea pizza, anyone? She's also been known to eat a plain block of tofu or beans straight out of the can for lunch, but somehow those culinary adventures don't make it to her Instagram. You can follow Justina on Twitter or see what's cooking in her kitchen on her blog, A Life of Little Pleasures.
Dinner Recipes
Recipes
Dinner Recipes recipe roundup
The Conversation