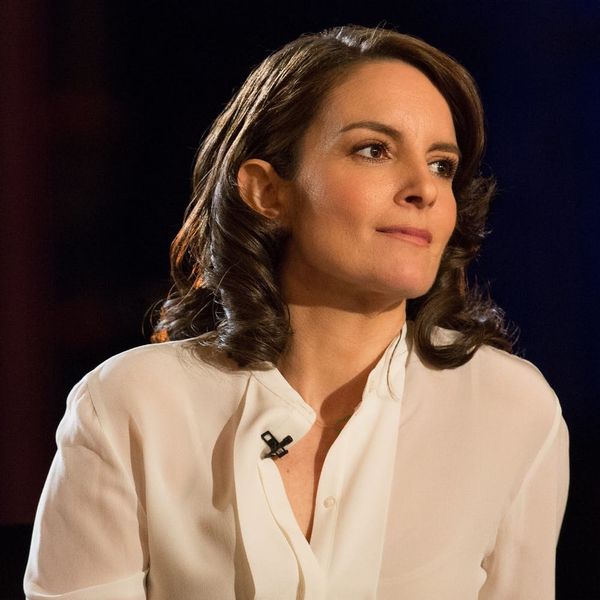 Tina Fey has thought long and hard about the backlash to her “sheet-caking” sketch, and in a new interview with David Letterman, she revealed what she would do differently if she had the chance.

First, a refresher: In the wake of the racist attack in Charlottesville, Virginia, last August, Fey guest-starred on Saturday Night Live to perform a short but ultimately controversial sketch about protesting amid reports of additional white supremacy rallies.

During the “Weekend Update” bit, Fey told viewers that the best way to deal with racists was by “sheet-caking” — that is, ignoring the violence in favor of staying home and eating an entire sheet cake made by a local bakery. The sketch was met with both positive and negative feedback, the latter of which centered mostly on the perception that Fey was advocating inaction in the face of racism.

Months later, she admits that she wishes she could go back and change that sketch. During her stint on Letterman’s Netflix Show My Next Guest Needs No Introduction, Fey told Letterman that she wrote the bit on her way to New York to film the segment.

“You try your best, you try to have your eyes open, you try to be mindful, but it’s also a fast-moving train,” Fey said. “I felt like a gymnast who did a very solid routine and broke her ankle on the landing. Because it’s literally within the last two to three sentences of the piece, I think, that I chunked it. And I screwed up and the implication was that I was telling people to give up and not be active and not fight. That was not my intention, obviously.”

The Mean Girls writer told the host that she considered getting a Twitter account to apologize for the way the joke played out, and that if she had a time machine, she knows how she would change the segment. “I would end the piece by saying … ‘Fight them in every way except the way that they want,'” she said.

What did you think of Tina Fey’s “sheet-caking” sketch? Let us know @BritandCo!

Kat Armstrong
Kat has been a writer, social media maven and mom for longer than she's willing to admit. She's also spent time in front of and behind the camera, interviewing celebs, politicians and acting as a producer for fashion and artistic photography shoots. When she isn't writing for various orgs and publications, she's hanging with her kids, husband and French Bulldog, Peter, in Toronto, Canada.
Controversy
TV
Controversy TV
More From TV