Don’t Make These Rookie Mistakes at a runDisney Race 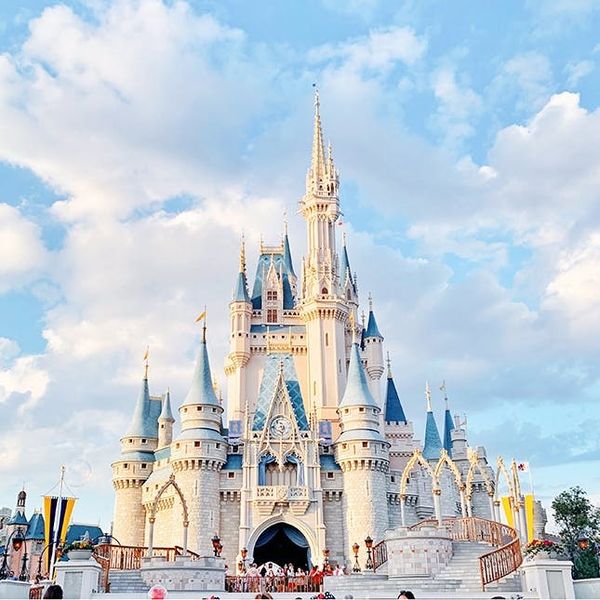 Ready to run your very first race at Walt Disney World? Congratulations! Between nabbing a coveted spot in the race, booking the flights, buying park hoppers, making brunch reservations, finding a hotel, and prepping a costume, there are a lot of logistics involved. In fact, there's so much to think about, a few make-or-break things can slip through the cracks. Ahead, we list the things you will absolutely not want to miss from your runDisney experience and weekend at Walt Disney World — all sourced from veteran runDisney runners!
Don't go HAM on the treats *before* the race. We cannot emphasize this tip enough! Listen, we're as Dole Whip-crazed as the next person, but loading up on lots and lots of simple, processed sugar before an endurance event is never a smart idea. Muscle fatigue, fading energy, and digestive distress will all await you if you don't heed this advice. Wait until after the race to reward yourself — it'll be a much sweeter victory.
Don't miss the pre-race fuel. Did you know Walt Disney World creates specific meals for runners each time they host a race weekend? Think nutrient-dense protein bites, complex-carb and high-protein chicken and quinoa bowls, and of course, pasta. These dishes can be found in different places throughout the resort, most especially at the Runner's Expo and the Walt Disney Wide World of Sports ESPN Complex.
Don't overdo it at the parks beforehand. Walking around all of Magic Kingdom, Epcot, Hollywood Studios, and Animal Kingdom may seem tempting — more than tempting! — when you're so excited just to be at WDW, but trust us, it's not wise before a race. You'll destroy your feet and create painful blisters just before you're about to put those same feet to the test in a race. Take it easy in the days leading up, and try not to clock 40,000 steps before a distance run.
Don't wear bad shoes on your trip. You'd think it goes without saying, but you don't really realize what "bad shoes" means until you've agitated your plantar fascia with zero-arch-support sneakers. Yes, Converse and Stan Smiths match your cute dress or Disney-tee-and-shorts combo, and yes, they look so darn cute in those Instagrams, but don't do it. Your feet will ache, and it sends a ripple effect up the chain: ankles, knees, hips, back... catch our drift? Bring insoles or opt for more supportive shoes. You'll thank us.
Don't forget to stay at a Disney hotel. Not only is it an all-around magical experience to fully immerse yourself in a Disney hotel, but it's also convenient for race weekend, which makes staying at a WDW an absolute must. For starters, did you know that you have to show up at the race area around 4:30am? Disney hotels have free (very plush) shuttle buses that pick you up from each Disney hotel and take you to the start line — and back home after the race. This ensures that you don't need your keys, a rental car, an Uber, etc. No pressure or stress around logistics. Additionally, the hotels have coffee out at 3am for runners, and pre-race meals and kits can be found at many of them as well. They specifically cater to racers, making the experience as seamless as possible.
Don't miss the runners-only treats. A chilled rosé with an iridescent pink Minnie Mouse white chocolate topper awaits you, dear runner. The expo and finish line at each race have exclusive (boozy and non-alcoholic) treats for runners, and they're not available at the park any other time of year. A serious to-do for a Disney bucket list.
Don't skip the race costume. It may seem wild to think about running a race in a tutu and tiara, but it's half the fun. Racers at runDisney events get so into their costumes, and it makes for a delightful event that takes this from an otherwise run-of-the-mill race to a spectacular and interactive fan experience. You'll definitely see why people become addicted to these weekends.
Don't miss the finish line toast. That's right, a glass of Moët awaits (for $17) at the finish line. You'll, of course, get your banana, crackers, water, and post-race goodie bag, but if you want to down a sparkling beer or glass of bubbles to celebrate your victory, Disney's waiting for you at the bar.
Don't forget: You can raise money for charity instead of buying a bib. runDisney events — especially the Princess race — sell out quickly and often. On top of that, bibs can run you over $100 per race. But did you know that in lieu of paying for a spot, you can raise money for a charity? This past February, we decided to go this route and raised thousands of dollars for Children's Miracle Network hospitals to earn our registration. You don't have to raise quite so much (the minimum is $500), but the sky's the limit! It makes the run even more special when you're doing it for a great cause.