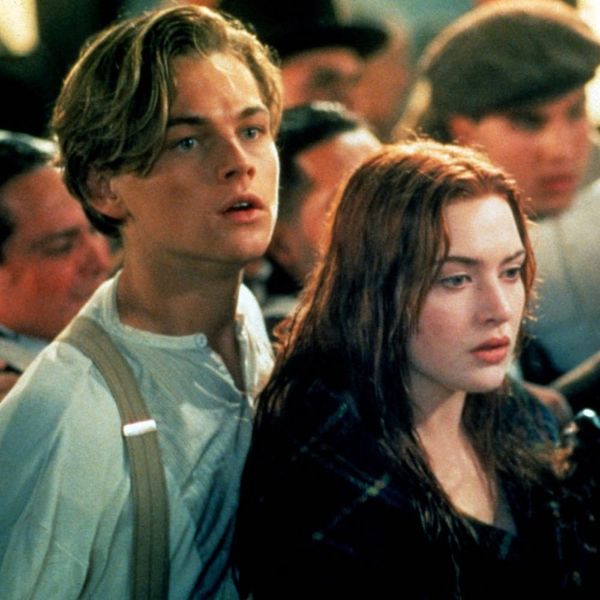 While we still love every heartbreaking moment of 1997’s Titanic movie (Leo + Kate forever!), it’s important to remember that the film was actually based on a true tragedy which claimed the lives of roughly 1,500 people when the ship tragically sank back in 1912. Despite the fact that the disaster took place more than 100 years ago in the icy waters of the North Atlantic, its real-life stories, which live on in the artifacts left behind by the ships patrons, are still fascinating the public. So much so, in fact, that a letter written by one of the luxury cruiser’s victims, Oscar Holverson, that was miraculously recovered from the wreckage has just sold at auction for a record amount.

The BBC reports that the first-class passenger Holverson was a successful salesman who had boarded the Titanic in Southampton, England with his wife Mary en route to their home in New York.

According to History.com, the businessman took the time to write a letter to his mother describing life aboard the massive vessel, detailing everything about the ship, from its food to its passengers, including John Jacob Astor, the richest man in the world at the time. “He looks like any other human being even tho [sic] he has millions of money,” the doomed writer penned. Speaking again of the wealthiest travelers, he added, “They sit out on the deck with the rest of us.”

The man’s mother eventually did receive the note from her son, which was folded up in a notebook found in his pocket after his body was recovered from the water, along with the hundreds of others who couldn’t survive the freezing temps even with life jackets.

While other letters from passengers have been recovered and auctioned off, such as the above pictured accounts of Laura Mabel Francatelli, a secretary to baronet Sir Cosmo Duff-Gordon and his wife Lady Lucy Christiana, Holverson’s letter is one-of-a-kind due to his choice of paper. As Andrew Aldridge, the auctioneer who valued and sold the letter, noted to History.com, “[I]t is the only letter written on Titanic stationery to have actually survived going into the North Atlantic.”

While each account is an amazing glimpse back at a different moment in time, it’s also a chilling reminder of the real lives that were lost that day.

Would you love to own an item from the Titanic or is that just too sad/morbid for you? Let us know @BritandCo!

Desiree O
Desirée O is a ‘Professional Bohemian’ who loves anything and everything related to the arts, entertainment, and pop culture. She ADORES being a ‘Newsy’ for Brit + Co, covering all of the latest tidbits of awesomeness that you want to read about. When she’s not writing, she’s either making messy art, going on long adventurous walks with her camera, or poking around over at bohemianizm (http://www.bohemianizm.com/). You can find out about Desirée O and her work at http://DesireeO.com/ or follow her on Twitter @DesireeO.
Movies
Pop Culture
Movies