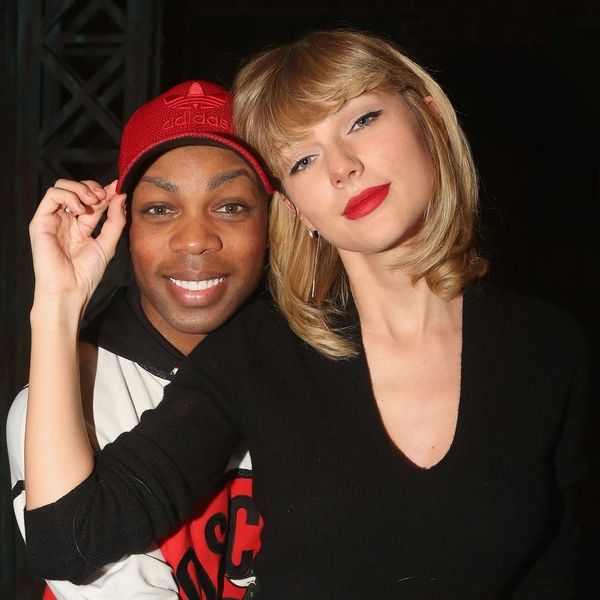 Life certainly seems to be going well for Taylor Swift. She’s happily in a relationship with Joe Alwyn, she has the best-selling album of 2017 in Reputation, and she’s getting ready for a massive world tour. And according to the singer’s pal Todrick Hall, appearances aren’t deceiving.

“I think she’s the happiest I’ve ever seen her,” the dancer, who can be seen in Swift’s “Look What You Made Me Do” video, said during a visit to The Kid Kraddick Morning Show this week.

However, he also admitted that this newfound happiness comes after troubled times. “There was a time last year — I don’t know if I’m supposed to say anything — she was dating someone. I’d actually never met this person, but I could just tell every time I would talk to her, she would hunch over,” Hall recalled. (He didn’t name names, but Swift was publicly involved with both Calvin Harris and Tom Hiddleston in 2016.)

Taking her body language as a sign that she wasn’t as happy as she should be, he decided to share his observation with the singer herself. “I sent her this picture of her as Quasimodo that I edited,” he continued. “Because I was like, ‘You cannot turn into Quasimodo for this guy. Every time you say his name, you hunch over.'”

These days, Hall said on the radio show, she’s a different woman. “Now, she’s so happy,” he raved. “Standing up completely straight and so tall and so confident. I just love it.”

Swift herself confirmed how happy she is, taking to Instagram yesterday to let her followers know that she “couldn’t have asked for a better year.”

Hall, for his part, is thrilled to see her so content. “I’m so, so happy for her and I cannot wait to see this tour,” he gushed.

With Alwyn reportedly set to join his lady for a few spots along the way, fans may be able to catch an in-person glimpse at their happiness when the Reputation tour kicks off in Glendale, Arizona, on May 8, 2018.

Do you think Taylor Swift seems happier now than she did last year? Let us know @BritandCo!