These Are the Top 5 Rising Travel Hot Spots, According to Google 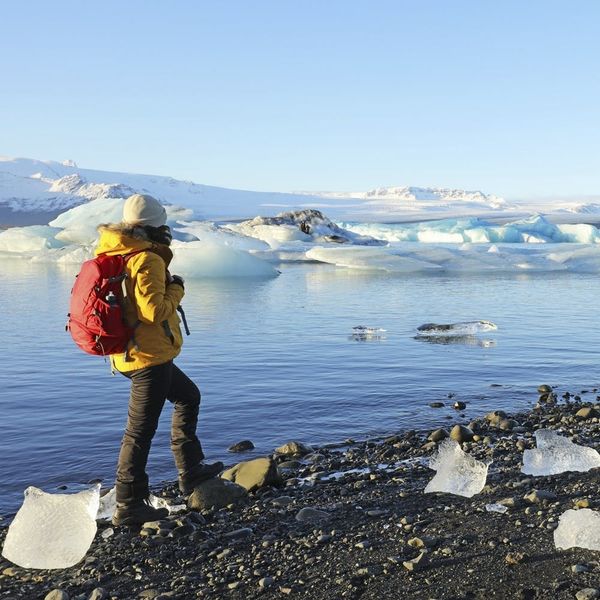 Between a Facebook feed that’s chock full of your friends’ check-ins and location-based updates, top travel blogger Instagram accounts you love to follow or the hashtags you stalk to see the world, it can seem like a crazy coincidence when everyone’s posting about the same place — but data suggests it might not be. Travel trends can be influenced by things like the global economy, current events and updated transportation routes — and they’re totally real. In fact, we recently came across some pretty fascinating data from Google’s Insights Finder that highlights this year’s top five global city destinations (based on fastest rising searches), along with what kind of person wants to visit each. Mind, blown.

16K photos have been tagged with #tripiniceland! I hope you guys enjoy the photos as much as I do. Keep sharing and thank you all for helping the 'Tiny' Iceland community grow. Cheers, Inga 😃👏

Admittedly, we weren’t shocked to see Reykjavik, Iceland listed as the top up-and-coming destination for ladies aged 25-34. After all, we’ve seen the blue lagoon and pretty Icelandic ponies filling our feeds this year. Google says that wanna-be Icelandic travelers tend to live in New York without kids, have an interest in hiking (makes sense) and often consider KLM Royal Dutch Airlines. Naturally, KLM offers a ton of flights from New York City, some that cost as low as $600 for a trip across the Atlantic ocean and back to the Empire State. September through mid-April is also the best time to see the Northern Lights, so what are you waiting for?

Almost equally unsurprising is seeing Havana, Cuba on the list. After all, President Obama became the only US President to visit since the 1920s, and we watched the first commercial flights take off from Florida in 2016. The city has a complex past and seems almost trapped in time with its colonial architecture and classic cars on the streets. Turns out, guys aged 35-44 who live in Florida make up the majority of people itching to see the recently accessible hotspot for themselves. Funny enough, Google found that the same group of guys loves movies. We’re willing to bet a Cuban cigar that they’ve seen Die Another Day or The Godfather Part II a time or two.

Who says you have to leave the city to see the autumn colours? It's starting to look like fall in #Toronto. Thanks to @elisaparkranger for this gorgeous shot from their recent visit to the city. #SeeTorontoNow #fallcolours

Toronto seems to be a totally logical pick for guys who live in Michigan and love hockey (the Hall of Fame is there, after all), but it’s also one of the most diverse cities in the world, with 140 languages spoken there. The abundance of different cultures has led to a burgeoning food scene, and the Toronto International Film Festival has a reputation for being a showcase for future Oscar-winning movies.

This historic building located in the heart of Mexico City with a beautiful Art Nouveau style ceiling was constructed in 1896. #mexico #cdmx Testing the new #HuaweiP9 by @huaweimobile in low-light conditions with excellent results. The Leica dual camera offers you great quality images and diverse filters for your pictures… #OO #CapturedOnP9 #ad

Mexico City grabbed our attention as an up-and-coming destination for California or Texas-based guys who may or may not be football-loving dads. The history, architecture, museums, gorgeous street murals and innovative food scene all serve as draws away from the more popular beach areas. Even more, actually getting to Mexico City has become WAY easier and more affordable, thanks to updated US and South America flights.

Japan’s futuristic and uber cool capital is a popular pick for young tech dudes living in Hawaii, and we get why. The city is like a sci-fi film IRL with neon lights, robots, thriving nightlife, gadgets galore, outrageous Harajuku fashion and space-age skyscrapers. The food scene is mouth watering, ranging from small ramen shops to Michelin-starred restaurants (the most in the world, warranting its own Michelin guide), and the impressively efficient (and clean) subway system will get you around the city in no time flat.

Are there any up-and-coming destinations you’ve been seeing a ton on your social feeds? Tell us which ones pique your interest on Twitter @BritandCo!

(Featured photo via Getty; data via Think by Google)

Krista Gray
Krista Gray is a web producer and freelance writer who lives in San Francisco. When she's not working with clients through her company GoldSquare, she loves reading, traveling, and learning new things.
Travel