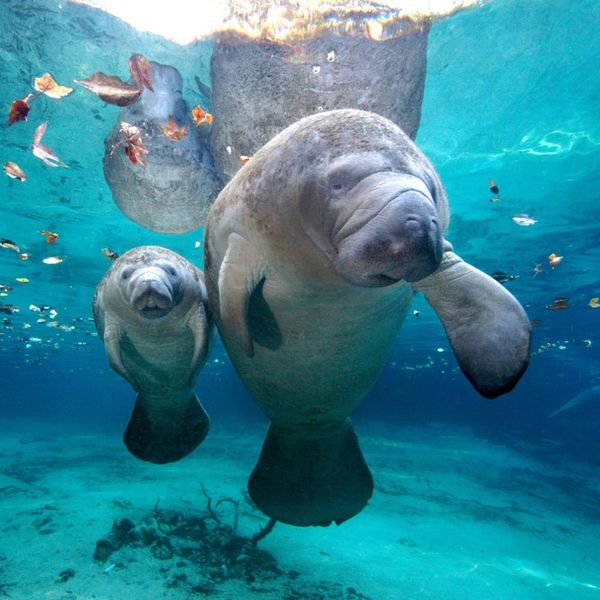 There are plenty of good reasons to travel — to escape winter weather, to take on an adventure, to experience things you’ve never seen before. Here’s another one: to see all the incredible animals the world has to offer. From polar bears to kangaroos to the tiny tarsier, it’s hard not to love these astonishing animals. If you get teary-eyed over animal rescue stories or have ever wanted to see a whale up close, pack your bags — we’ve got the perfect travel destinations for you.

DYK you can visit our NICU/Nursery during your Insider's Tour? A fun time to visit here is between Christmas and New Year's. Deets at SlothSanctuary.com #becausesloths #slothsrule #sloths #costarica #puravida #hols #vacay #slothfam #wildlife #rainforest 👁🐽👁

1. Sloth Sanctuary in Costa Rica: Meet rescued sloths and learn about sloth habits and behavior and the struggles they’re facing in the wild. Because sloths have a stress response when touched by unfamiliar humans, you won’t be able to hold them (sorry, Kristen Bell), but if you take the Insider’s Tour, you can visit the sloth nursery. Yes, that’s right: baby sloths!

See a polar bear up close on an incredible Canadian arctic safari. The best time to visit is October and November, when polar bears are migrating from their summer homes on the tundra to seal-hunting territory. (Photo via Churchill Wild)

Manatees, also known as “sea cows,” spend most of their lives in shallow water that maintains a temperature above 68 degrees. That’s why Crystal River in Florida is a great place to view them. Be cautious, though: How to ethically interact with manatees is hotly contested, and most eco groups advocate maintaining a fair distance, not swimming with the animals, and definitely not touching them. (Photo via Getty)

Fly high with birds of prey by paragliding alongside trained hawks. The animals are rehabbed but non-releasable into the wild, and the bird trainers consider the activity an enrichment exercise for the birds. To reward the birds for behaving, you or the pilot will also be able to feed the bird from your hand as you fly. (Photo via The Parahawking Project)

Tarsiers are small, nocturnal primates native to Southeast Asia that live on insects in trees. You can view them in their natural habitat at the Tarsier Sanctuary, which has several trails spread throughout the grounds. Bring a pair of binoculars to get the most out of spotting these incredible creatures. (Photo via Philippines Tarsier Foundation)

A southern white rhino grazing on Ol Pejeta with Mount Kenya in the background. Ol Pejeta is the biggest black rhino sanctuary in east and Central Africa, with 114 black rhinos. Keeping each of these endangered animals safe costs us upwards of $10,000 per year. You can help support our rhino conservation efforts by adopting a black rhino for as low as $ 25. Adopt one here: http://www.olpejetaconservancy.org/support/adopt-a-black-rhino/ Photo by @sandrine.zl #OlPejetaRhinos

With the lodge located on a thousand acres of rainforest, visitors regularly see several species of wild monkeys, over 300 species of birds, iguanas, poison dart frogs, sloths, pumas, boas, green sea turtles, and more. Not to mention you’ll get to stay in a gorgeous bungalow with an ocean view. (Photo via Lapa Rios Eco Lodge)

Best way to get a shower in a hot afternoon. The gorgeous elephant enjoys cooling water, splash and spray over her body. Trunk up from the herd at our #ElephantWellness program. Wishing you all fantastic Friday. #ElephantNaturePark #ENP #TheHerd #Elephants #ElephantSanctuary #SaddleOff #ChiangMai #Thailand

Although you don’t quite get to be the woman who runs with wolves here, The Wolf Center aims to educate visitors about the critical role wolves play in the environment and how best to preserve their integrity on wild lands. They maintain an ambassador wolf pack at the center in order to do hands-on education about wolf habitats. (Photo via International Wolf Center)

A gorgeous sunset with our lovely kangaroo Bluey 🌅 Photo by our mayor Damien Ryan @damienjryan who always catches a great sunrise or sunset! 🌅

See reef fish, octopuses, and squid while floating in the middle of the sea in this underwater glass room. When you’re not captivated by the nearly 360° underwater ocean view, you can hang out on the surface of the waves or climb up to the roof deck for sunbathing during the day and stargazing at night. (Photo via The Manta Resort)

This sanctuary rescues big cats from inadequate accommodations like zoos, circuses, and private captivity and gives them room to roam across over 3,000 acres of land. Take a guided game drive in a safari truck to view Bengal tigers, caracals, leopards, lions, and more. (Photo via Lionsrock)

Picture of The Day! "Tiny" #WildAnimalSanctuary

Although the European brown bear is now a protected animal, it wasn’t until 2005 that they were banned as private pets. Take a guided tour through a bear sanctuary that cares for more than 80 bears and has rescued more than a hundred that were previously captive via private funds. (Photo via Libearty Bear Sanctuary)

Every Spring, more than a million Magellan penguins migrate to Patagonia. Excursions are available from Puerto Madryn, Trewlew, and Rawson, or you can drive yourself to Punto Tumbo. Just be sure to follow posted signage and respect boundaries so as not to disturb the penguins. (Photo via Patagonia-Argentina.com)

You’d never guess it, but right outside of Sydney you have the opportunity to see some of the most spectacular creatures of the oceans — whales. The whale most commonly seen is the humpback, but if you’re lucky and come at the right time of year, you may even be able to spot an even more massive blue whale. (Photo via Whale Watching Sydney)