Why I’m Not Scared to Travel Solo, Even After the Recent Terrorist Attacks 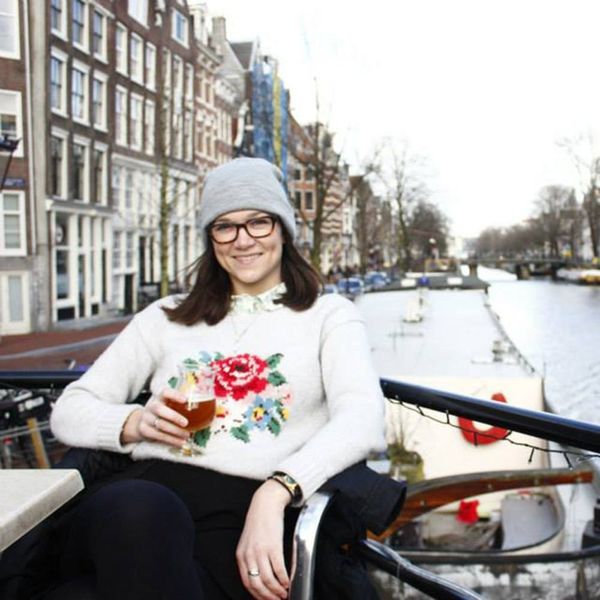 Next week I am ditching my SF digs for three weeks of backpacking around Europe and the UK. I’m headed to Prague, Vienna, Budapest, London, Edinburgh and Dublin. Oh ya, and I’m going solo. While I’ve done my fair share of international travel in the past, this is my first BIG solo trip. And it just so happens to come at a time when the world feels like a pretty terrifying place. Given the recent attacks in places like Istanbul, Belgium, Paris, Nice and Orlando, it might feel like now is not the best time to go and explore. When I tell people about my upcoming itinerary, one of the first things they often say to me is, “Aren’t you nervous to go traveling given all these current events?” And to be quite frank, no. I’m really not. Here’s why.

One misconception that tends to happen amongst travelers after these sort of tragedies occur is that it would be safer to stay at home. And if you live way out in the country, then you know what, maybe it is. But that’s not the case for me. I live in San Francisco, one of the most bustling cities in America. So who’s to say that I’d be safer going about my daily routine here than I would be walking around one of the cities I’m headed to?

According to the US. State Department, the number of US citizens killed overseas by terrorism incidents between 2001 and 2013 was 350. To add some perspective to that number, the Bay Area recorded 243 killings in 2015 alone. Am I guaranteed to remain totally safe during my travels? Obviously not. But my point is that staying put doesn’t necessarily give me any extra sense of security.

So if going out into the world is likely to be just as dangerous as staying put, then what’s the alternative? Never leaving the house? As someone who thrives from experiencing new places, that’s simply not an option for me. Call it a calculated risk, but it’s one that I feel required to take in order to really feel fulfilled and happy with how I spend my brief time on this planet.

But let’s be clear, I am in no way advising you to forget about the crucial research element of planning a trip. Don’t just show up and hope for the best. Be smart about where you choose to go, especially if you’re traveling solo. Take a look at the State Department’s Alerts and Warnings page before you hop on your departing flight and sign up for the government’s Smart Traveler Enrollment Plan to stay informed on which areas are currently flagged for increased risk. If where you want to go isn’t necessarily the safest place, I’m not saying don’t go. I’m saying be smart about it. Do your research. Familiarize yourself with which areas are generally safest and which you should steer clear of. Always be aware of your surroundings. Traveling alone can be a little scary, but it can also be the best time of your life.