Everything You Need to Know About Turmeric and Its Health Hype 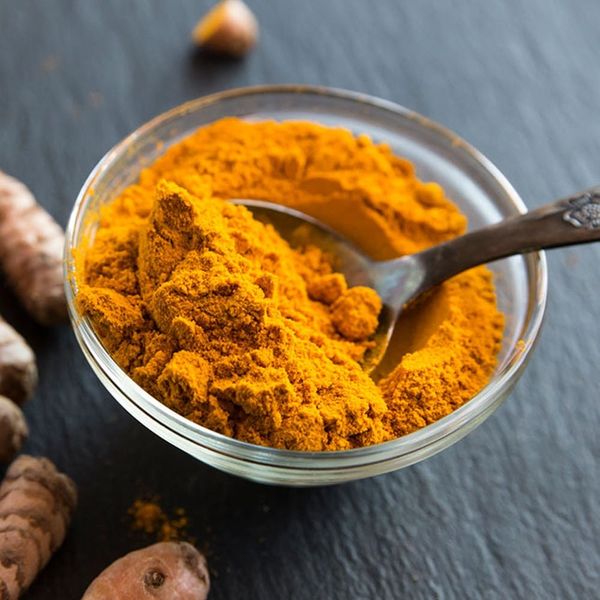 In recent years, turmeric has found its place at the top of the supplement world, touted as a powdery gold panacea for all manner of health issues from headaches to diabetes. If you’ve ever choked down a turmeric smoothie, though, you may have found yourself crossing your fingers that the hype is worth the sometimes off-putting taste. (Or if you’ve ever plunked down six bucks for a golden milk latte, hoped that you’re getting your money’s worth in health benefits.) Thankfully, there is quite a body of research to support the notion of this spice as a food-as-medicine powerhouse. So what can it actually do, and how much of it do you need to consume to experience its effects?

First, it’s helpful to understand that it’s not turmeric itself that confers health benefits. The active ingredient it contains, a biological compound called curcumin, takes that credit. Thus far the results of studies on curcumin look pretty promising. Its primary benefit appears to be its ability to quell inflammation — and since inflammation fuels so many chronic diseases, this is very good news for a variety of health conditions.

When considering inflammation and chronic disease, your thoughts may justifiably turn to autoimmune conditions. According to the American Autoimmune Related Diseases Association, approximately 50 million Americans — or around one in five — suffer from autoimmune disease, the symptoms of which are caused or exacerbated by inflammation. Could turmeric help alleviate discomfort for these many sufferers? It’s possible. Some research has linked curcumin supplementation to symptom improvement in multiple sclerosis and rheumatoid arthritis and even prolonged remission in ulcerative colitis, among other benefits.

Navya Mysore, MD, a primary care provider with One Medical in NYC, emphasizes that, when it comes to turmeric’s potential as an anti-inflammatory wonder for autoimmune disease, it’s important to note whether research has been performed on humans. (Thus far, many studies have been conducted solely on animals.) “Humans are clearly different, and we need clinical trials to establish any solid evidence-based facts,” she says. “That being said, I personally take these supplements and recommend my patients do so for any inflammatory issues. I’ve had positive results from both my personal experience and in my patients.”

Turmeric shows promise for other health problems besides autoimmune disease that involve an inflammatory process, especially arthritis. In fact, research around turmeric for arthritis is some of the most convincing on the subject. A meta-analysis on the spice as a treatment for this painful condition concluded there is “compelling justification for its use as a dietary adjunct to conventional therapy.” Another study revealed that patients with osteoarthritis of the knee experienced the same level of pain relief with turmeric supplementation as with ibuprofen.

Modern understanding of turmeric as a potential medicinal food began not around autoimmune conditions in general, but related to one specific disease: diabetes. In a study conducted in India in 1972, researchers noticed that consumption of curcumin led to improved blood sugar in a single diabetic subject. Since that time, interest has grown around how curcumin could play a role in the management or even prevention of diabetes. In 2013, a thorough systematic review concluded that curcumin could benefit diabetics by improving insulin resistance and high blood sugar and might even help stave off some of the disease’s complications like vascular disease and erectile dysfunction.

Perhaps the most surprising bonus turmeric may offer is help for mental health. Though the mechanism behind depression is poorly understood and may or may not be related to inflammation, a 2017 review of six clinical trials determined curcumin was a safe and efficacious treatment for depressed patients. Mysore attests that she also recommends turmeric for patients with anxiety.

With the many health benefits of turmeric, it would be nice if you could guarantee them all by knocking back a few golden lattes a week, but consuming curcumin in pill form appears to provide the most impact, since on average, the culinary spice contains only about three percent curcumin. (Eating it certainly can’t hurt, however. As always, herbs and spices are an excellent way to add flavor to food and drinks without adding sugar, fat, or anything artificial.)

so how much should you take?

To get the most anti-inflammatory effects out of a turmeric supplement, experts recommend taking approximately 500 milligrams two to three times daily, or as directed. When purchasing a supplement, be sure to choose one that contains at least 95 percent curcuminoids and includes black pepper (or the more science-y sounding name of its extract, “piperine”). Curcumin in isolation is extremely difficult for the body to absorb, but pairing it with black pepper increases its bioavailability by 2,000 percent. The same goes for using turmeric in cooking, so don’t forget to sprinkle a few grinds of pepper into any recipes. And be sure to give it a little time. “Generally patients should start seeing effects after about three to four weeks,” says Mysore. Whether you choose to enjoy this spice in aromatic foods or take it in convenient pills, you should know by that time if turmeric is right for you.

Have you tried turmeric for a specific condition or for general health? Tweet us your story at @BritandCo!

Sarah Garone
Sarah Garone is a mom, wife, nutritionist, and freelance writer in Mesa, AZ. She loves music and travel, speaks fluent German, and does a lot of running (to counterbalance the surprising amount of cookies she eats for being a nutritionist). Find her sharing great recipes and helpful nutrition info at A Love Letter to Food.
Healthy Essentials
Health
Healthy Essentials Healthy Living Kitchen
More From Health