How Friendships Can Be a Powerful Force in Supporting Mental Health 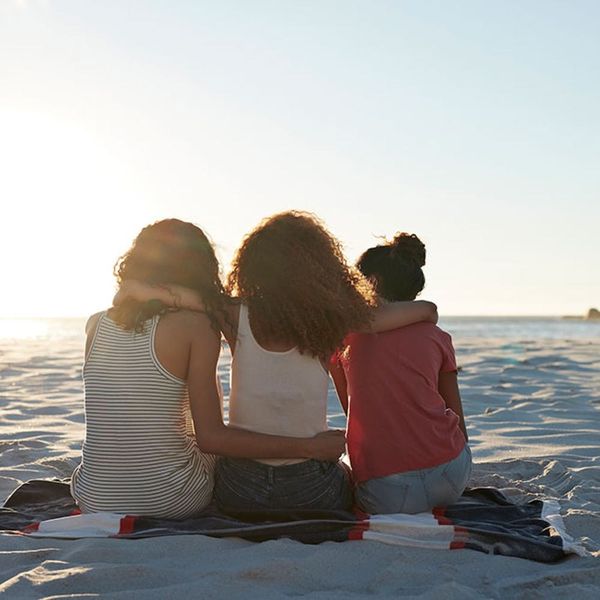 In the wake of the shocking deaths of Kate Spade and Anthony Bourdain in June, suicide prevention is at the top of everyone’s minds these days. While we may never have the answers for what caused these tragedies and whether they could have been prevented, we do know one powerful truth: Emotional support from friends is key for those struggling with mental health issues. And while a general sense of social connection can provide a barrier against depression and anxiety, for many of us, it’s the deeper relationships with caring and compassionate friends that truly make the difference.

None of us wants to see a friend suffer from the kind of debilitating depression that could lead to the worst outcome. In your own group of friends, you can be a powerful force for good. Create a culture of mental health that uplifts and supports those around you with these five tips.

1. Take it past the texts. Sure, texting is an easy, convenient way to communicate with friends on the fly (or, let’s be honest, during a boring work meeting). And it’s always great to see words of encouragement from a friend pop up on your phone. But a text can only go so far toward establishing the kind of meaningful connection that wards off depression. Research now shows that real-time, face-to-face hangouts provide the most mental health benefit of all social interactions. Commit to getting together with friends on a regular basis, once a month or more frequently.

2. Take alcohol out of the equation. In many friend circles, the obvious go-to for girls’ night — whether going out or staying in — is to let loose with a glass of wine… or five. But alcohol consumption is strongly correlated with poor mental health. Drinking too much fuels depression, typically making symptoms worse. Anxiety sufferers often fare no better with alcohol, as it changes the levels of serotonin and other neurotransmitters in the brain, leading to increased anxiousness. And people who reach for alcohol to help them handle mental stresses (even if they’re not addicted) are much more likely to become dependent over time. Instead of hitting a bar or downing margaritas alongside your chick flick, try switching up your ladies’ night with a non-alcoholic option. Your mental (and physical) health will thank you.

3. Take it outside. We don’t need scientific evidence to tell us that spending time in nature usually boosts our mood and clears our head. But Stanford researchers actually confirmed this well-known truth in a 2015 study. When people walked in a natural environment for 90 minutes, their brains were less likely to engage in depression-inducing habits like rumination (repetitive thoughts often focused on negative aspects of the self), and they had reduced neural activity in an area of the brain linked to risk for mental illness. Getting outside with friends can only increase these benefits by adding the positive vibes of social interaction. So ditch the mall and ask a friend to join you on a nature walk. Or if you’re feeling really adventurous, see if your squad would join you on an outdoorsy weekend trip, from glamping to one of the many “Becoming an Outdoors-Woman” programs around the country.

4. Take a hike. Healthy people — whether in mind or body — attract other healthy people. Keep the current of physical and mental positivity strong in your circle of friends by making fitness a group effort. Try scheduling exercise together, whether a hike, a Zumba class, or a new and novel workout like rappelling or aerial yoga. (With a friend by your side, you won’t feel as self-conscious trying something unfamiliar.) Exercise has been shown to improve symptoms of depression and anxiety — and even help prevent relapse in major depressive disorder. The bonus of including friends: built-in accountability to make workouts happen.

5. Take your check-ins deeper. We all know our answer when someone blithely asks how we’re doing. An enthusiastic “Great!” automatically springs to our lips, often even when we’re totally miserable. Rather than keep things on the surface, don’t be afraid to go deeper. Ask a friend how she’s really doing, and ask frequently. You just might find out that the truth isn’t as flawless as the shiny exterior would lead you to believe. The more you offer this kind of authentic communication, the more likely you’ll receive it in return. You’ll be — and have — a better friend as a result.

How do you make mental health a priority in your friendships? Tweet us at @BritandCo.

Sarah Garone
Sarah Garone is a mom, wife, nutritionist, and freelance writer in Mesa, AZ. She loves music and travel, speaks fluent German, and does a lot of running (to counterbalance the surprising amount of cookies she eats for being a nutritionist). Find her sharing great recipes and helpful nutrition info at A Love Letter to Food.
Friends
Health
Friends Healthy Living Mental Health Womens Health
More From Health