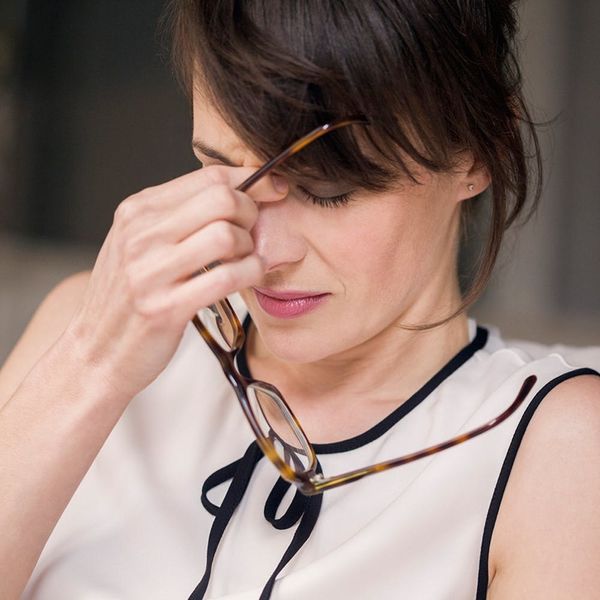 Unless you’ve been living under a rock, you’ve probably heard that the US is embroiled in an opioid epidemic. In recent years, these extra-strength painkillers have been routinely overprescribed and overused, leading to harmful addictions, increased overdoses, and an uptick in drug-related deaths.

For those who struggle with painful conditions like migraine headaches, it may seem like medication is the only answer (and for some, this is true). But if you’re looking for a way to tackle migraine pain without side effects or potential addiction, numerous natural remedies exist that may be worth a try. Though these less aggressive treatment options may not afford the complete relief of narcotics, they could take the edge off enough to make life with migraines more bearable. Or — best case scenario — they could eliminate migraines altogether. Here are 10 evidence-based natural remedies worth investigating.

1. Caffeine: Caffeine constricts blood vessels. For some migraine sufferers, a reduction in blood flow in the brain is a good thing, and increased caffeine may bring relief, since experts theorize that dilated blood vessels are one cause of pain. Alternatively, others find that caffeine reduction helps alleviate symptoms. Tracking your caffeine consumption along with the incidence of your migraines can help you determine any correlation between the two. However, if you decide to treat your headache by ingesting caffeine, the American Migraine Foundation advises doing so no more than twice a week.

2. Magnesium: As much as 75 percent of American adults don’t get enough dietary magnesium, making us vulnerable to nausea, fatigue, muscle cramps, and headaches. Supplementing with magnesium has been shown to reduce the frequency of migraines. And while it’s certainly not a bad idea to increase magnesium through your diet with healthy choices like beans and spinach, magnesium oxide in pill form is typically recommended for headaches.

3. Feverfew: Feverfew’s use dates back to ancient Greece, where patients ingested it for arthritis, labor pain, and — you guessed it — headaches. Its name, derived from the Latin “febrifugia” for “fever reducer,” reflects these anti-inflammatory properties. Today, feverfew remains an effective natural remedy for migraines. One study showed that people who took it regularly for four months saw a dramatic drop in the incidence and severity of attacks.

4. Diet: More and more consumers are turning to diet modifications in an attempt to cure a variety of ailments. While it’s possible your migraines could be caused by a common allergen like gluten or dairy, the real culprit may be a substance you’ve probably never heard of: tyramine. High tyramine foods include aged cheeses, nuts, alcoholic beverages, and cured meats. Check here for a comprehensive list of foods with tyramine.

5. Peppermint Oil: Don’t be too quick to dismiss your pal’s latest essential oils party. It appears the compounds in peppermint may help control the dilation and constriction of blood vessels, making it a natural option for migraine relief. Oils can be applied directly to the head, drunk in tea, or encapsulated. Just be sure to purchase any oil from a reputable source.

6. Valerian: If you’ve heard of valerian before, it’s likely been in association with its relaxing, sleep-inducing effect. Scientists believe this herb helps regulate nerve cells, producing a calming effect that can also alleviate migraine symptoms. Try valerian if stress triggers your migraines.

7. Butterbur: As delicious as it sounds, butterbur isn’t a flaky pastry at your local high-end bakery. Rather, it’s a plant extract that appears to reduce inflammation and prevent swelling. A 2004 study showed that nearly 50 percent of migraine sufferers who took supplemental butterbur had fewer attacks. This plant-based remedy is available as a pill, powder, or tincture.

8. Riboflavin: Also known as vitamin B2, riboflavin plays a role in many of the body’s essential functions. Research indicates that this vitamin works best for migraines when used in conjunction with other treatments. In one study, 50 percent of patients who added it to their regimen cut their number of headaches in half.

9. Acupressure: How could pressure on a part on the body so far from the head take away migraine pain? Perhaps we’ll never understand, but many sufferers swear by acupressure points for headache relief. Classic points to try include the webbing between the index finger and thumb, the inner corners of the eyebrows, and the base of the skull.

10. Meditation: We all know meditation calms the mind. Mounting evidence reveals that it also relieves pain and stress in the body. In a 2016 study, researchers found that mindfulness meditation actually bypassed the brain’s opioid receptors to reduce physical pain. Try a guided meditation specifically for migraines and see what relief you achieve.

As always, consult your physician before beginning any treatment program.

Have you tried a natural remedy for migraines? Did it work? Tweet us about it @BritandCo!

Sarah Garone
Sarah Garone is a mom, wife, nutritionist, and freelance writer in Mesa, AZ. She loves music and travel, speaks fluent German, and does a lot of running (to counterbalance the surprising amount of cookies she eats for being a nutritionist). Find her sharing great recipes and helpful nutrition info at A Love Letter to Food.
Healthy Living
Health
Healthy Living
More From Health