TV Shows We Most Obsessed Over in 2016 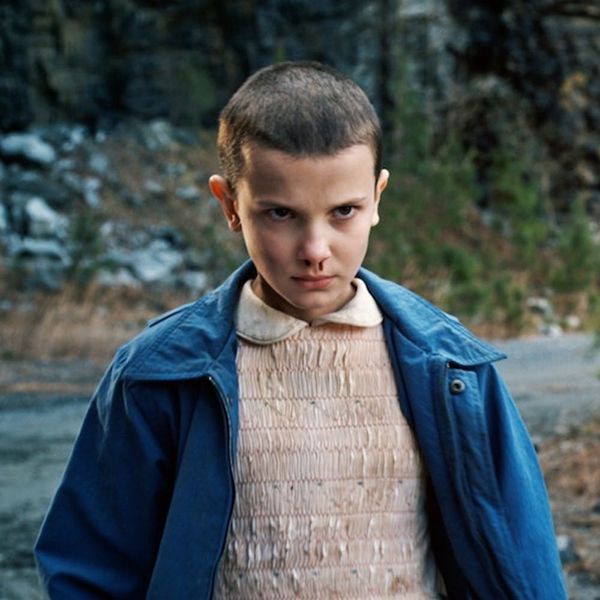 This year will be remembered for lots of different things. Whether it’s the fashion trends, political happenings, mishaps on the internet or unfortunate celebrity deaths, lots happened. AND a lot happened on our TV screens. So we decided to take a look back at some of the shows that premiered this year and made a BIG splash. Without further ado, here are the nine tv shows that totally changed the game in 2016.

1. Stranger Things on Netflix: The show that launched a thousand Halloween costumes, Stranger Things was — without a doubt — one of the largest premieres of this year. Whether you were into it for the ’80s nostalgia or the Winona Ryder comeback or just developed an obsession with Eleven, we know you’re counting down to the season two premiere. (Photo via Netflix)

2. Westworld on HBO: If you told us earlier this year that we would all develop an obsession with a futuristic sci-fi show about the wild west, we probably would have rolled our eyes. Then we watched episode one. The trippy, existential and beautifully shot show quickly shot to the top of our lists for 2016 at the tail-end of the year. (Photo via HBO)

3. Insecure on HBO: Issa Rae is a national treasure. After giving voice to the “awkward black girl,” her HBO show managed to explore racial issues in a poignant (and hysterical) manner. (Photo via HBO)

4. Gilmore Girls: A Year in the Life on Netflix: And we can’t get through this list without a mention of the most hyped-up revival of the year. Whether you were into it for the old school references, to point out flaws in the plot or just to relive Stars Hollow, this was THE most talked-about revival this past year. (Photo via Netflix)

5. The Night Of on HBO: If there’s one thing we were all obsessed with in 2015, it was real-life crime shows. In 2016, we managed to switch that obsession over to fictional accounts that were jam-packed with drama and based on plausible (if not true) stories. This show about a mistaken-identities murder was thrilling and kept us on the edges of our seats from week to week. (Photo via HBO)

6. Atlanta on FX: Donald Glover (AKA Childish Gambino) created and stars in this show about cousins in Atlanta, trying to work their way up the city’s rap scene. If nothing else, the show only cemented what a 21st-century Renaissance Man Glover truly is. (Photo via FX)

7. Crazy Ex-Girlfriend on The CW: Okay, so we’re maybe cheating with this one. Technically the show premiered back in 2015, but season one didn’t finish up until earlier this year. When we caught on, we found a show that’s much more than meets the eye (and ear). (Photo via The CW)

8. Fleabag on Amazon: Not very many people know this show, but those who do audibly gasp every time you bring it up and gush and gush about Phoebe Waller-Bridge. The underground smash is one that — although not EVERYONE may be talking about it — those who have seen it cannot stop raving about. Are you one of them? (Photo via Amazon)

9. Good Girls Revolt on Amazon: Whether you watch it for the snappy lines, beautiful costumes or 1969 feminism, this show (that we obviously binged through in one weekend) had something for everybody, with an eye toward the past. Unfortunately this awesome show got cancelled earlier this month, but the epic first season will live on forever in our hearts. (Photo via Amazon)

What was your favorite show of the year? Let us know @BritandCo!

Cailey Rizzo
Cailey is a junkie for all things pop culture. She studied journalism and English literature at SUNY Purchase, then continued studying French cinema and literature at Paris IV Sorbonne. She currently lives in New York where she can often be found singing '70s music at karaoke bars.
Halloween
Tech
Halloween Netflix Streaming
More From Tech