Newsflash: Experts Say LaCroix Could Be Bad for Your Teeth 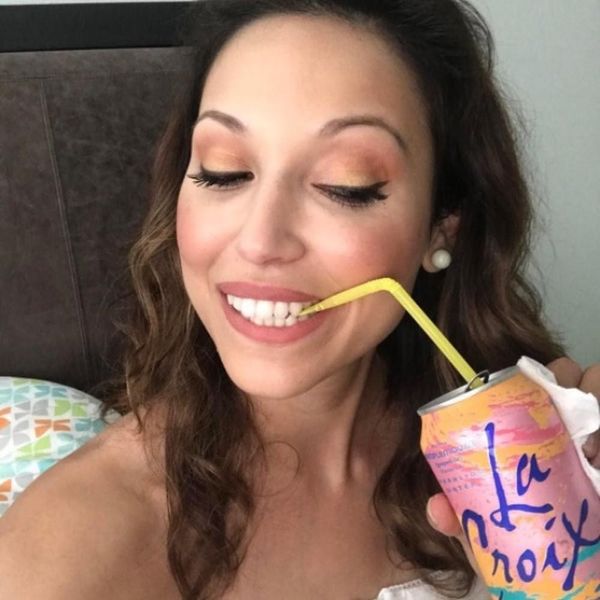 Say it ain’t so! If you love LaCroix as much as we do (#LaCroixLife, FTW!) this just might be the most devastating news you hear all day. As it turns out, drinking all that flavored sparkling water we’ve been buying in bulk — including our beloved LaCroix — could be damaging our teeth!

According to Dr. Edmond R. Hewlett, a spokesperson for the American Dental Association, who spoke to The Food Network about this issue so near and dear to our… teeth, consuming flavored water in high quantities can not only erode your enamel, but make you more susceptible to cavities too. Gulp.

While he admits that it’s not a heavily researched area, he knows enough to know why it’s a problem. Apparently, its all that (delicious) flavoring — and not the bubbles — that are to blame for making these drinks more acidic, which, while may taste great, isn’t exactly the best news for your smile. “It’s the flavoring and not the carbonation that lowers the PH (increases the acidity) to a level that can potentially erode tooth enamel with frequent consumption,” he said.

There are those that would argue that soda is far more harmful to teeth, but as The Atlantic points out, a 2007 study conducted by researchers at the UK University of Birmingham warn that “it would be inappropriate to consider these flavored sparkling waters as a healthy alternative to other acidic drinks.”

When the first sip of sparkle hits your mouth… 😁✨ (📸:@erikabeltran1)

So what’s a LaCroix-loving gal or guy to do? If you’re not ready to give up your beloved beverage, but are concerned about your own pearly whites, there are a few options.

For starters, you can cut back your intake. “For an average, healthy person, carbonated, sugar-free beverages are not going to be a main cavity-causing factor,” Delaware dentist Andrew Swiatowicz assured The Atlantic. Damien Walmsley, a professor of dentistry at the University of Birmingham in England seemed to concur, saying, “There is a theoretical risk of tooth erosion, but the drinks would have to be consumed over a long period of time.”

Swish, swish it is!

Do you drink a lot of La Croix (or drinks like it)? Are you worried about what affect they might have on your teeth? Let us know @BritandCo!

Desiree O
Desirée O is a ‘Professional Bohemian’ who loves anything and everything related to the arts, entertainment, and pop culture. She ADORES being a ‘Newsy’ for Brit + Co, covering all of the latest tidbits of awesomeness that you want to read about. When she’s not writing, she’s either making messy art, going on long adventurous walks with her camera, or poking around over at bohemianizm (http://www.bohemianizm.com/). You can find out about Desirée O and her work at http://DesireeO.com/ or follow her on Twitter @DesireeO.
Healthy Living
Food News
Healthy Living
The Conversation
Reviews:
More From Food News